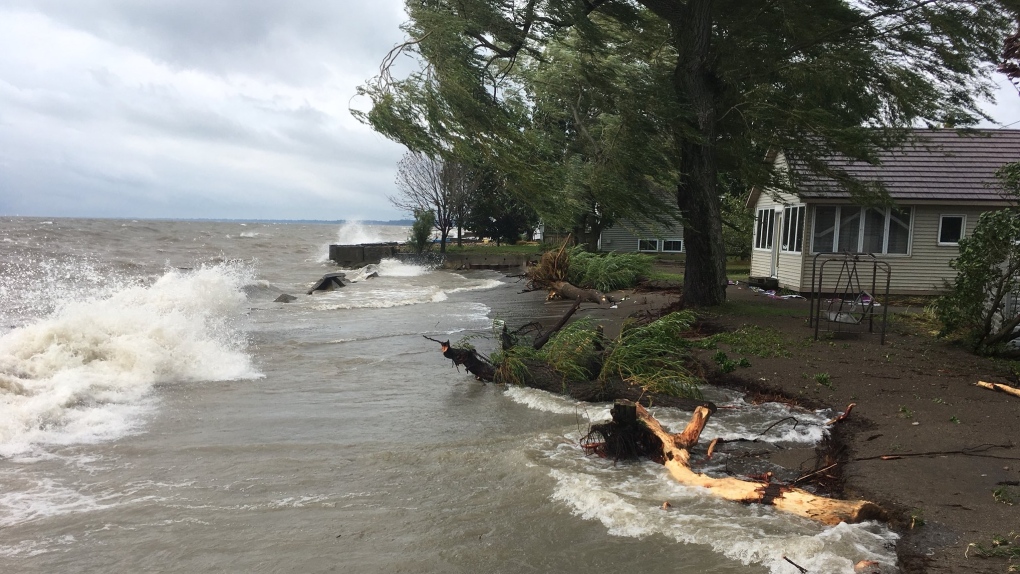 Public works crews in Chatham-Kent are shoring up sections of Erie Shore Drive in anticipation of future flooding.

The municipality says it has taken a number of actions -- including structural repair, the addition of rock chutes and concrete blocks, drainage clean out, road crack sealing, along with milling and paving the roadway to assist with drainage.

Starting the week of Sept. 23, staff will be on site installing additional concrete blocks along the centerline of Erie Shore Drive from 1.2 kilometres east of Bisnett Line to McGeachy Pond Conservation Area.

Officials say concrete blocks will be placed along the center of the road, so Erie Shore Drive will become a one-way road with eastbound traffic only.

The area has also been visited by the Minister of Agriculture, Food and Rural Affairs and the Provincial Disaster Assessment Team have attended the site to assess the damage.

In addition, the municipality has recently provided a detailed update to the Province’s Special Advisor on Flooding.