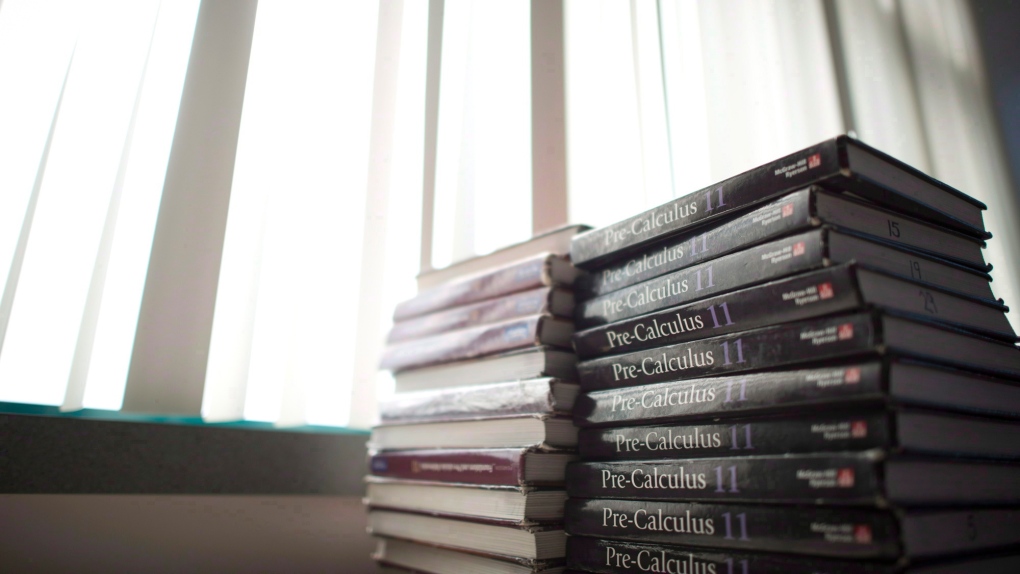 A pile of pre-calculus books are pictured stacked on top of a desk at McGee Secondary school in Vancouver on Sept. 5, 2014. (Jonathan Hayward / THE CANADIAN PRESS)

A committee is recommending the Lambton Kent District School Board keep the name Tecumseh Public School.

Upgrades are being completed at the school as part of the consolidation with John. N Given Public School, which will close July 1, 2018.

The Ad Hoc Naming Committee for the board feels the Tecumseh Public School name is significant and historical to the area, pointing out a monument is dedicated to Tecumseh in Chatham-Kent.

The committee adds the Tecumseh name is also used to identify a local park and a historical parkway along the Thames River.

Superintendent of Education Gary Girardi says they will now seek input from the public about keeping the name Tecumseh Public School.

Input forms are available at www.lkdsb.net/Board/AccommodationReview/Pages/default.aspx.

Submissions will be accepted until Oct. 27.

Members of the Committee will review the submissions at the Nov. 2 meeting.

It is expected that a report will be presented to Trustees at the Nov. 28 board meeting.