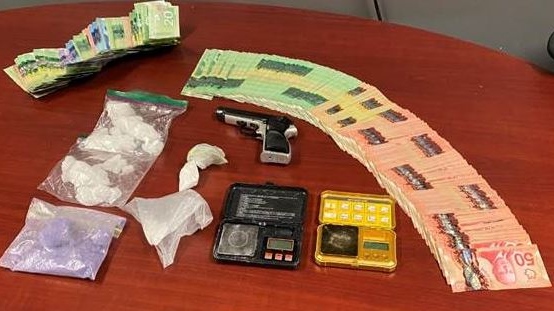 Police have seized about $76,000 in fentanyl, cocaine and methamphetamine.(Courtesy Chatham-Kent police)

WINDSOR, ONT. -- Chatham-Kent police have charged a 32-year-old man and seized about $76,000 in fentanyl, cocaine and methamphetamine.

Members of the Chatham-Kent Police Intelligence Section executed a warrant in Chatham on Thursday.

Officers saw the man exit his residence and drive to a local motel. Officers approached the man in the parking lot and he was taken into custody.

A search incident to arrest revealed that the man was in possession of three cellular phones and large amount of cash.

The 32-year-old Chatham man has been charged with:

Total street value of the seized drugs has been estimated at $76,600.