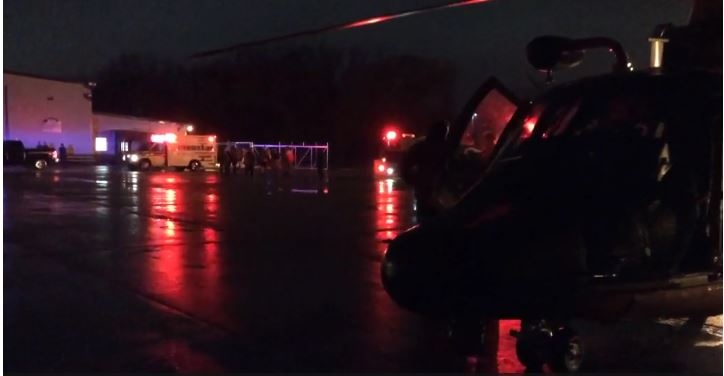 A man was rescued from Mitchell’s Bay on Lake St. Clair by the U.S. Coast Guard suffering from hypothermia after being on the lake ice for 12 hours.

Shortly after 6 p.m. on Thursday the Coast Guard was contacted requesting assistance in the search and rescue of a man on the ice in Mitchell's Bay.

A crew from U.S. Coast Guard Air Station arrived about 1.5 miles from shore.

It was a perilous rescue as there was poor visibility due to fog. Rescuers were only able to see the man using night vision goggles and they could barely see the light from his cell phone.

They located the man via cell phone ping.

The Coast Guard said the man was hypothermic as he had been out on the ice since 6 a.m.

They say he was wet from from rain and from wading through slush due to warm temperatures.

He told the crew that fog prevented him from seeing shore and he was lost out on the ice.

The man was taken to Air Station Detroit at Selfridge Air National Guard Base due to low fuel in the helicopter and transferred to an awaiting ambulance. He was then taken to McLaren Macomb Hospital where U.S. Customs and Border Protection personnel coordinated his return to Canada.

The Coast Guard said the man is a Canadian citizen and his name is not being released.