Windsor-Essex residents who have been waiting to donate clothing and other items to charity can now head to local drop-off locations.

The Society of Saint Vincent de Paul officially reopened its doors on Monday after a long pause due to COVID-19 restrictions.

“Our stores are over-full right now, so that’s great, it’s good for our customers,” says Winger.

The retail location at 1245 Lauzon Road also reopened on Monday for customers to buy items to support the charity. There are capacity limits for the store under Step 1 of the provincial reopening roadmap.

Customers were lining up outside the Lauzon Road location on Monday, for both shopping and donations.

“It’s a great charity and after my yard sale anything I have left I think I’ll bring over here,” says one Windsor patron.

Winger says she’s happy that the reopening coincides with the society's 125th anniversary in Windsor-Essex.

New donation bins for St. Vincent de Paul have gone up across Windsor-Essex and Winger says they will be monitored closely so that they don’t get over full.

“We service out bins pretty much 4-5 days a week depending on the bins," says Winger. "So busy bins every day and the ones that aren’t so busy a couple times a week.”

Anyone looking to drop-off items can see a map of locations online.

Goodwill Industries doesn’t have bins anymore, but it’s drop-off centres and stores have been bustling since reopening on Friday. 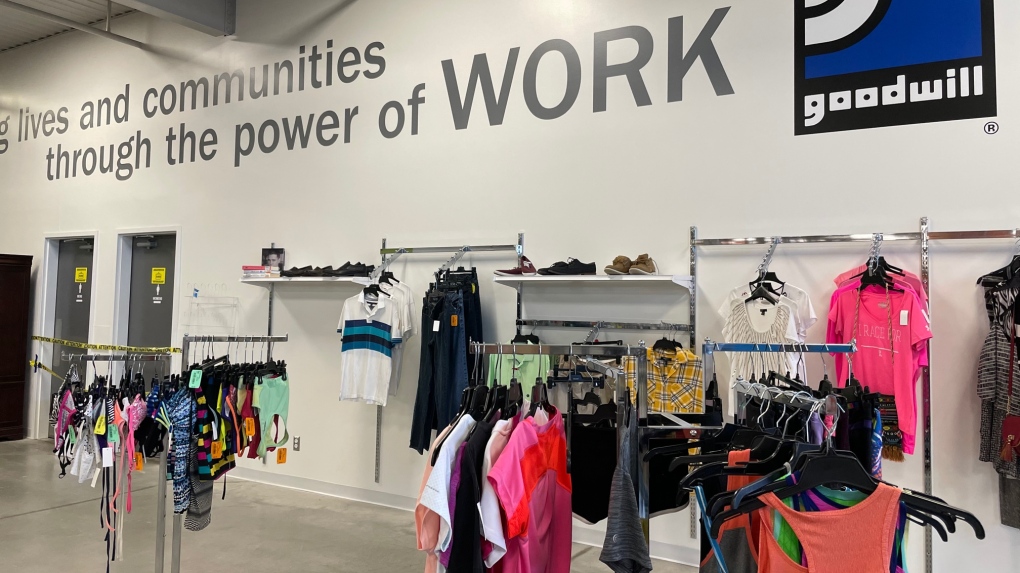 “Goodwill actually started accepting donations the day we opened because we were chock-full of donations going into the lockdown, which we really appreciate,” says Goodwill CEO Michelle Quintyn.

She says they are trying to manage the high volume and has a special request for donors.

“So donors who are comfortable holding on for a bit, maybe giving us some days to really catch up,” says Quintyn.