WINDSOR, ONT. -- Windsor city council will look at a motion to reduce the speed limit to 40 kilometres per hour on residential streets in the city.

The motion passed at the committee level on Wednesday.

Ward 8 councillor Gary Kaschak made the motion calling for a 40km/hr speed limit as the default speed in the city except for major roads, which will go to council for more discussion and a final vote.

"This is just an important component of the overall speed reduction strategy because we're probably looking at a seven or eight-pronged attack here," said Kaschak.

He says the speed limit reduction is important for public safety, pointing to the issue as a top concern among his constituents.

"We got to get the speeds down, we got to make it a little more safe in our community and I think this is a real good first step," said Kaschak. 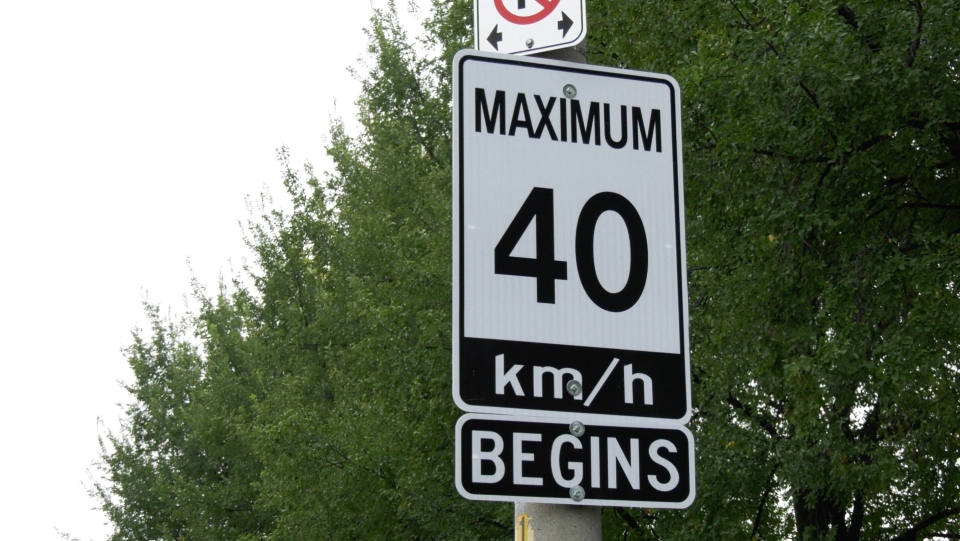 The move to reduce speed limits in the city doesn’t appear to be a magic elixir to the speeding problem in Windsor.

The cheapest option to cover the production of new signage and installation as well as temporary hires would be $734,000 with annual costs of $39,000.

Kaschak points to other methods the city is working to implement like red light cameras, improved street design including curb bump outs and increased police enforcement as traffic calming strategies.

"It just seems like everybody is in such a hurry these days," Kaschak said. "If everybody would leave five minutes earlier and go the speed limit, pretty much around there, it would work out better."

Sharon Alfini, who lives on Gladstone Ave., welcomes the move.

Alfini sees speeding and even wrong-way driving on her one-way street on a regular basis.

"They go very fast down this street because it is a one-way[street] and they also go the wrong way and there’s a lot of kids on this street," said Alfini.

Another Windsor resident, Ron Pomerleau, is also in favour of the reduction.

"On the small streets I think it makes sense because people are flying through the intersections and you know kids are kids and they run around," said Pomerleau.

Karyn Bratt, another Windsorite in favour of the reduction, sometimes resorts to shouting to keep speeders in check down her street.

"We sometimes yell at them as they’re driving by but it doesn’t do any good," said Bratt.

Kaschak hopes to see the committee motion reach council by the end of November. He says it could be included in 2021 budget discussions and may take a year to implement.