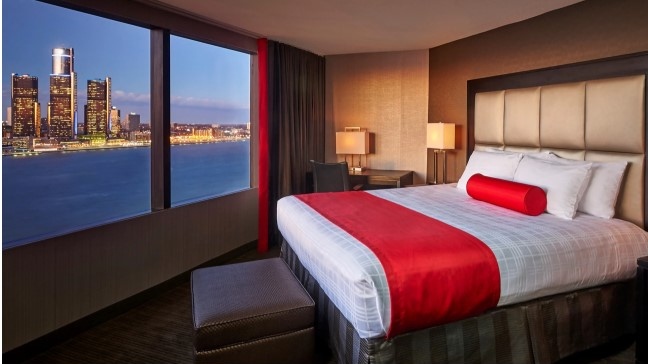 WINDSOR, ONT. -- COVID-19 has the hospitality and tourism industries against the ropes and a Windsor councillor wants to see if the city can help.

Ward 4 Coun. Chris Holt asked a council question Monday to see if staff can investigate ways of dispersing revenue collected through the municipal accommodation tax to the struggling tourism and hospitality industry with the goal of keeping local businesses from closing their doors for good.

The so-called “MAT tax” or “hotel tax” was passed by council in 2018. The provincially regulated scheme charges a four per cent levy on hotel, motel and AirBnB stays.

That tax flows into city coffers and Holt wants to use it to support the industry.

“It is one of the few revenue tools the city actually does have so we owe it to this important sector in the community to investigate it,” Holt says.

In 2019, the city collected $2.4 million through the newly instituted levy. Half of that revenue funds Tourism Windsor-Essex-Pelee Island, the other half is used at council’s discretion to fund projects and initiatives to support tourism.

“It’s pretty imperative that we address this very soon,” Holt says. “Every week that goes by we run the risk of another local business closing its doors for good.”

During an economic task force meeting last Friday, mayor Drew Dilkens indicated something is in the works, but not necessarily what Holt is asking for.

“There’s no shortage of people requesting funds. How can we use those funds in a way that will provide the biggest bang for the dollar?” Dilkens said.

The mayor says the city plans are in the works to invest that pool of money into a construction project.

“That will leave some sort of lasting tourism legacy here, put people to work as me move along,” Dilkens said. “And I think that there are some opportunities that are available to city council for their consideration that at the end of the day will make the community, the region a little bit stronger.”

Council has yet to see this project, nor did the mayor divulge any further details of his vision.

With hotel stays down in March and barely existent in April, the pool of available funds to the city in 2020 will be shallow, according to TWEPI CEO Gordon Orr.

“This year of all years, there will not be as much money is there as we had projected and or hoped,” said Orr, adding the tourism entity will have a hard time meeting its budget.

Holt acknowledges the existence of federal programs like CERB and the newly released 75 per cent wage subsidy fund to support small businesses, but he thinks a local contribution could go a long way.

“If there is a chance that we can do something, I want to find out what it is and see if council can help out,” says Holt.

This request for a report got unanimous council support. Holt says he asked for the report to come back before council quickly, suggesting it should be ready sometime in May.