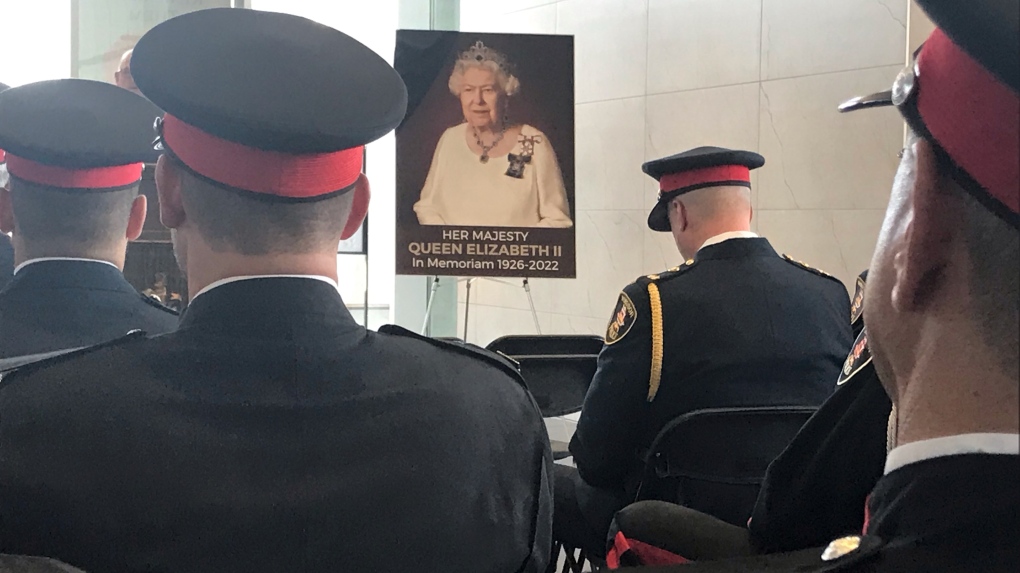 The Windsor Police Service Honour Guard was recognized Thursday for their dedication to Queen Elizabeth II.

The city made a book of condolences available for residents to sign the week after the Queen died.

The whole time it was there members of the honour guard stood on guard.

Their efforts were thanked by the city as each member got a special pin.

The Windsor Police Service Honour Guard was recognized today by @drewdilkens and @BrianMasseMP for their exemplary work during the @CityWindsorON commemoration program for the passing of Queen Elizabeth II. #HonourInService (1/3) pic.twitter.com/Mtck5LrYb8

The officers all volunteer their time to be a part of the honour guard.

Parade Sergeant Major Patrick Wilson said it was something they were proud to do.

“Just that honor that she deserved. So standing there on guard, you know, almost like they do in Britain where no one's moving or looking around. I think it looked good and made the community feel better about going in and sign in the book and everything like that,” said Wilson.

Thinly stretched rescue teams worked through the night in Turkiye and Syria, pulling more bodies from the rubble of thousands of buildings toppled by a catastrophic earthquake. The death toll rose Wednesday to more than 9,500, making the quake the deadliest in more than a decade.

Federal Health Minister Jean-Yves Duclos will ask the provinces today whether or not they intend to accept the new health-care funding deal tabled by the prime minister.