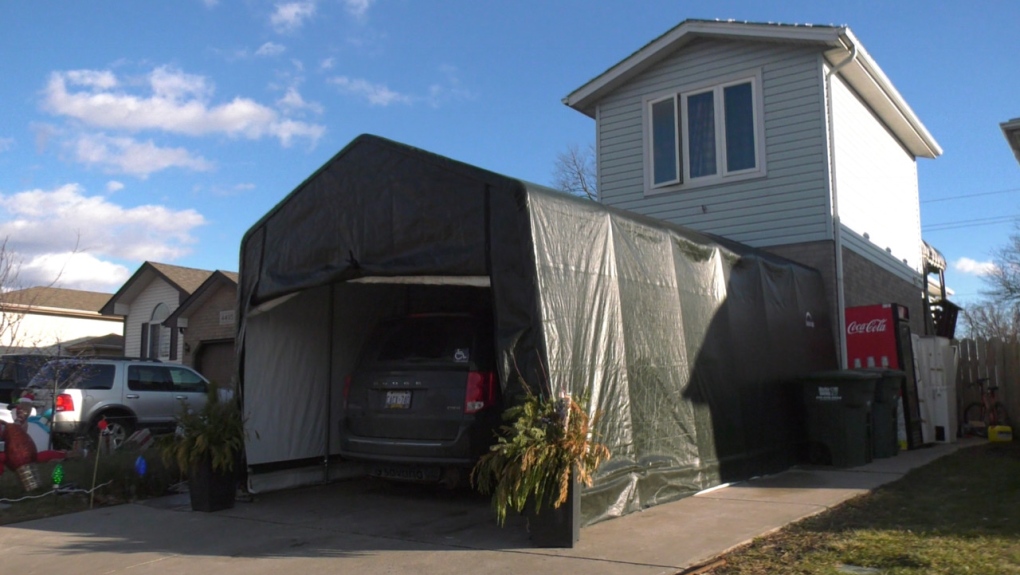 WINDSOR, ONT. -- The city will not force a south Windsor family to remove a carport-style tent from their driveway for the time being.

Steve Levesque, the homeowner, says he’s pleased there’s a temporary reprieve while he and officials with Windsor’s Planning and Building Department look for a permanent solution.

“I am willing to see what they can develop,” says Levesque.

Levesque says the tent makes it easier for him to bring his 14-year-old daughter, who uses a wheelchair, in and out of their accessible van during the winter snow.

His daughter has cerebral palsy and epilepsy, and Levesque adds there are times his daughter refuses to go into the house and can be outside for 45 minutes.

The city originally gave Levesque a Dec. 5, 2020 deadline to take down the tent or face legal action.

Windsor by-laws prohibit this type of tent on front-lawns.

However, city officials now say they want to work with Levesque and will stand down enforcement until April 15, 2021.

“This timeframe will allow the property owner to explore a more permanent solution to accommodate his daughter’s needs that is compliant with the city’s zoning bylaw and applicable codes,” said Robert Vani, city manager of inspections and deputy chief building official.

Levesque remains hopeful as he posted on his Facebook page the family doesn’t have the money for a legal fight and had lost their business due to COVID restrictions.