Chatham woman dies after getting hit by VIA Rail train: CK police 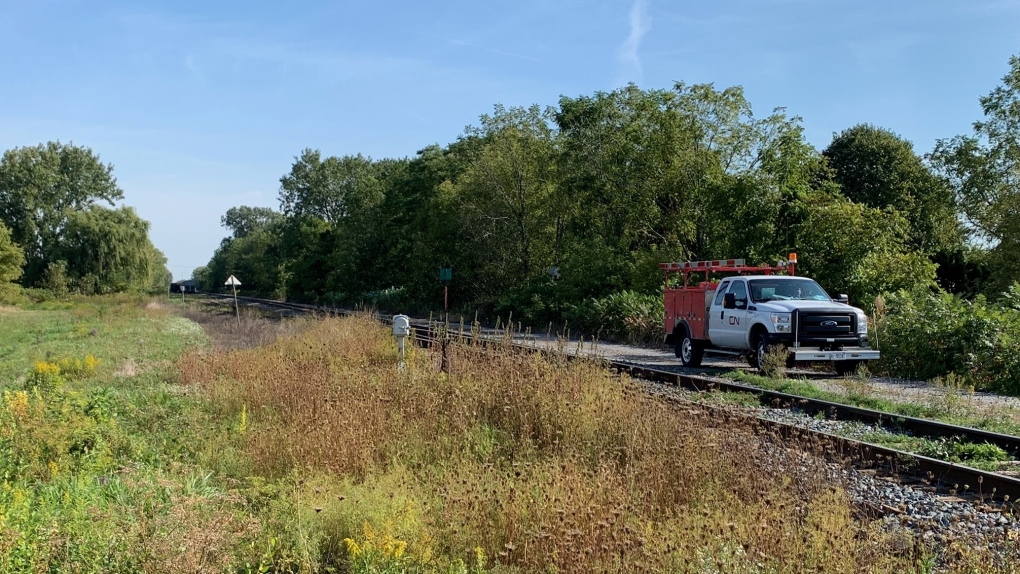 Police say a pedestrian was hit by a VIA Rail along the CN Railway on Park Avenue West near Wedgewood Avenue in Chatham, Ont., Tuesday, Sept. 27, 2021. (Chris Campbell / CTV Windsor)
Windsor, Ont. -

A 42-year-old Chatham pedestrian has died after getting hit by a VIA Rail passenger train, according to Chatham-Kent police.

Officers responded to a collision involving a VIA Rail passenger train and pedestrian along the CN Railway on Park Avenue West near Wedgewood Avenue in Chatham shortly after 11:30 p.m. Sunday night.

Police say the Chatham woman was pronounced deceased at the scene, along with her dog.

A post-mortem has been scheduled for today in London.

The collision remains under investigation. Anyone with information is asked to contact Constable Josh Flikweert at joshuaf@chatham-kent.ca or 519-355-1092.