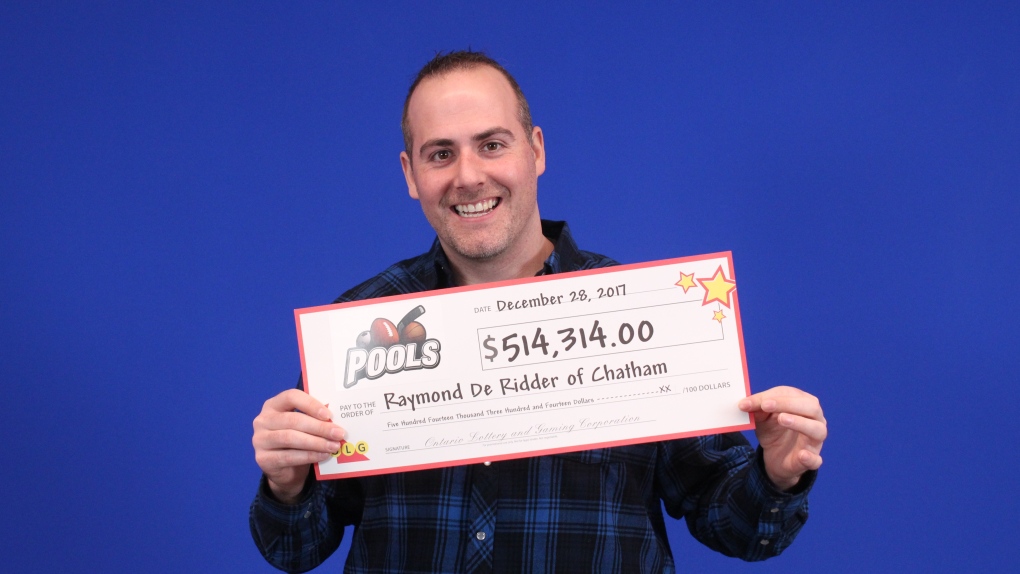 “I love playing POOLS and tracking the games every Sunday,” said De Riddler, while at the OLG Prize Centre in Toronto to pick up his winnings. “I won all the afternoon and evening games and chose the underdog for Monday’s game, which I thought was crazy. It was a really intense game, and very exciting when they won.”

De Riddler says he could barely sleep that night as he was anxiously waiting to find out his share of the pool.

“When I found out how much I won I called my girlfriend right away and told her,” says DeRiddler. “She was ecstatic.”

De Riddler said this win still has him in disbelief.

“It’s so exciting – a game changer for me. I can pay off my bills and make life easier. I am looking forward to the journey ahead,” he said.

POOLS is the sports game. Each $5 wager allows you to pick your sport and card number and select who you think will win each matchup. Get the most correct picks and win or share the prize pool.

The winning ticket was purchased at Piggy Mart on McNaughton Avenue in Chatham.