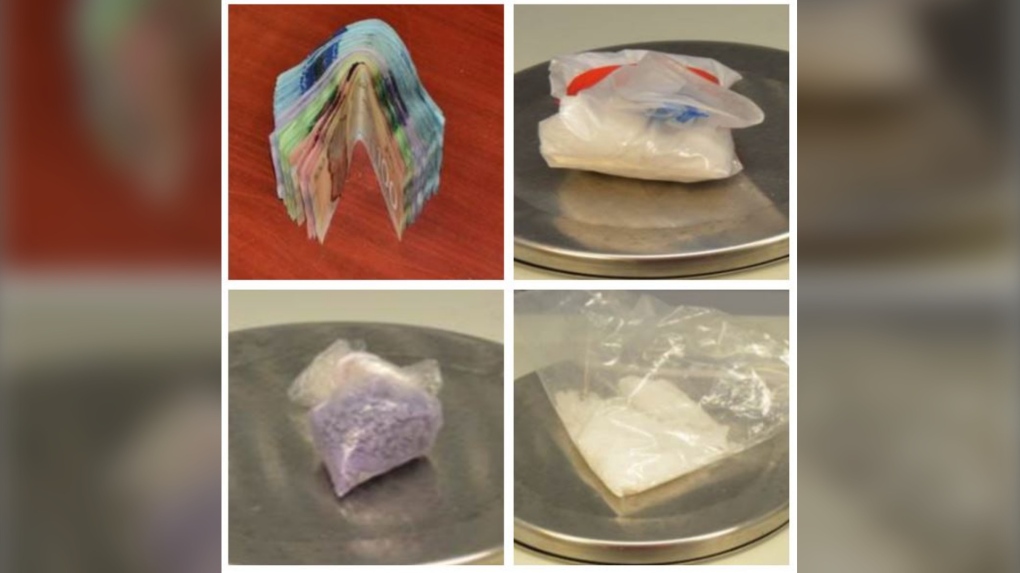 WINDSOR, ONT. -- Chatham-Kent police have arrested a man and a woman after seizing $25,600 in drugs.

Members of the Chatham-Kent Police Intelligence Unit executed a search warrant at a residence on Wellington Street East on Thursday.

Upon police arrival, officers saw a man leaving the home in a vehicle. A traffic stop was initiated and the man was arrested.

When the man was searched, police say he was found with suspected fentanyl, cocaine, methamphetamine, digital scales and large amount of cash.

At the home, officers arrested a woman and located suspected cocaine, methamphetamine, digital scales and cash.

In total, approximately $25,600 worth of suspected drugs were seized and removed from our streets.

Jeremy Swistun, 37, of Chatham has been charged with three counts of possession for the purposes of trafficking. He has been remanded into custody pending a bail hearing.

Ashley Summerfield, 36, of Chatham has been charged with two counts of possession for the purposes of trafficking. She was released pending a future court date of Oct. 29.