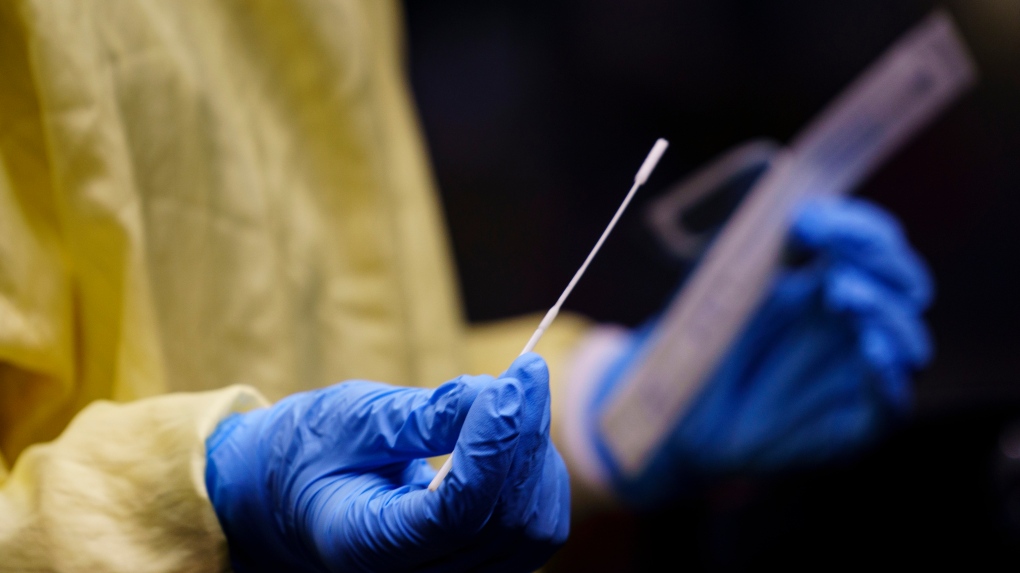 A nurse gets a swab ready to perform a test on a patient at a drive-in COVID-19 clinic in Montreal, on Wednesday, October 21, 2020. THE CANADIAN PRESS/Paul Chiasson
Windsor, Ont. -

Chatham-Kent’s medical health officer said he was uneasy about the active number of COVID-19 cases as the municipality passed a milestone of 3,000 accumulative cases.

“It’s frustrating and as the weather is colder people are moving indoors and forgetting the basics they learned over the last two years,” said Dr. David Colby regarding safety protocols to prevent the spread of the virus.

Colby stated that he was not contemplating tighter restrictions like other jurisdictions, but that could change if hospitalization rates began to rise.

“I am worried about the trajectory, to the point where people can’t get timely care”

He added admissions did not seem to be a problem, but the omnicron variant could change things.

It is why health workers remain vigilant and any samples include testing for the variant to ensure it will not fly under the radar.

Colby admitted there is a learning curve but officials are watching closely those African countries, which had experience.

Indicating to Colby the new variant is not any more nasty in making people sick than the other strains.

Colby was glad as of Wednesday, 626 children eligible for the vaccine had received a first does since the province approved it for youth aged 5 to 11 on Dec 2.

According to the census, there are 700,825 children Chatham-Kent in that age category.

He agreed with the province that booster does for more adults would be beneficial.