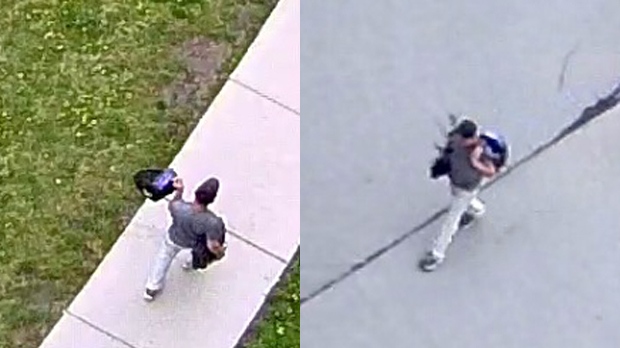 Chatham-Kent police are looking for a suspect after a 63-year-old man was punched in the throat while helping a motorcyclist with a disability.

On May 7 at  3:30 pm, police say the 63-year-old man was assisting the motorcyclist at the corner of Grand Avenue and Ursuline Avenue in Chatham when he was approached by an unknown man who began arguing with him.

The suspect allegedly punched the man in the head and throat.

Later that day, the man attended the Chatham-Kent Health Alliance as he was having difficulty breathing and learned that his larynx was fractured.

The man was airlifted to London for emergency surgery.  He has since been released and is now recovering at home.

Police are asking the public for help in identifying the man responsible for this assault.

The suspect is described as a white man, 35 to 40 years old, with brown or dark blonde hair. He was wearing a grey T-shirt, light-coloured pants and a ball cap.  He was also carrying a backpack with what appeared to be a television or monitor.

Police are also looking to speak with the motorcyclists whom the victim was assisting.