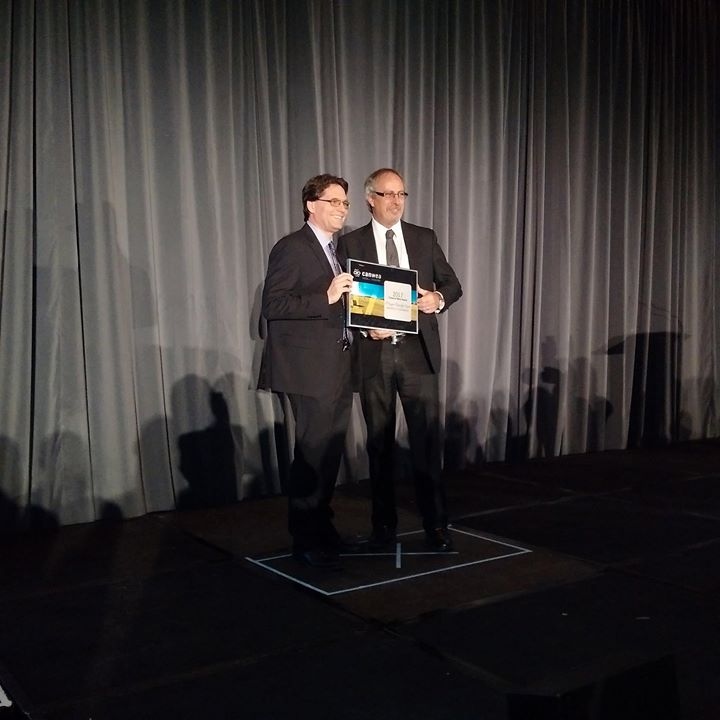 The Canadian Wind Energy Association announced the recipients of the 2017 CanWEA Awards, which honour industry leaders, innovators and supporters for their exceptional work on behalf of wind energy.

CanWEA says “his commitment to sustainable economic development and job creation has made the municipality a wind energy leader.”

Chatham-Kent receives $2.3 million a year in local taxes generated from green energy projects, as well as millions more through landowner lease payments and contributions to community benefit agreements, according to CanWEA.

“The fact that Alberta, a key fossil fuel province, is embracing wind energy, is proof that the future is in renewable energy and in the wise use of traditional sources such as natural gas,” he said.

There has been some backlash on the municipality’s Facebook page.

“This saddens me,” Jacqui Paterson posted on the municipality’s Facebook page. “He recieves an award for allowing a company to come here and destroy our environment.”

Hope received the award at the association’s spring meeting in Quebec.