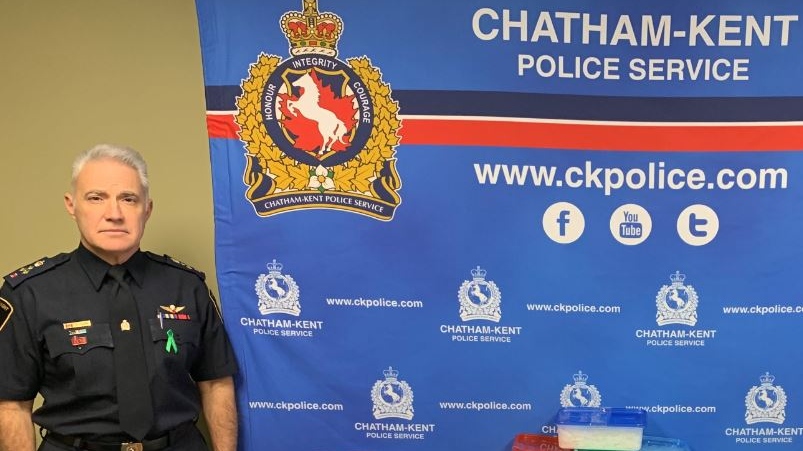 CHATHAM-KENT -- A 36-year-old man, originally from Dresden, is beginning a 10-year jail sentence for his part in one of the largest drug busts in Chatham-Kent's history.

Chatham-Kent Police seized more than $2.6-million worth of drugs from a Chatham apartment on April 10, 2019.

Police also confiscated $52,000 in Canadian currency along with a 9mm handgun and ammunition.

Jonathan Toornstra was facing a number of charges, but pleaded guilty Wednesday to four counts of possession for the purpose of trafficking, along an unauthorized possession of a firearm.

Toornstra has already spent nearly 300 days in custody, which will count toward his prison time.

In an unusual move, the court agreed to a request by the lead police investigator, that the $52,000 seized by authorities will help pay for the education of Toornstra's son living in Waterloo and his daughter living in Chatham-Kent.