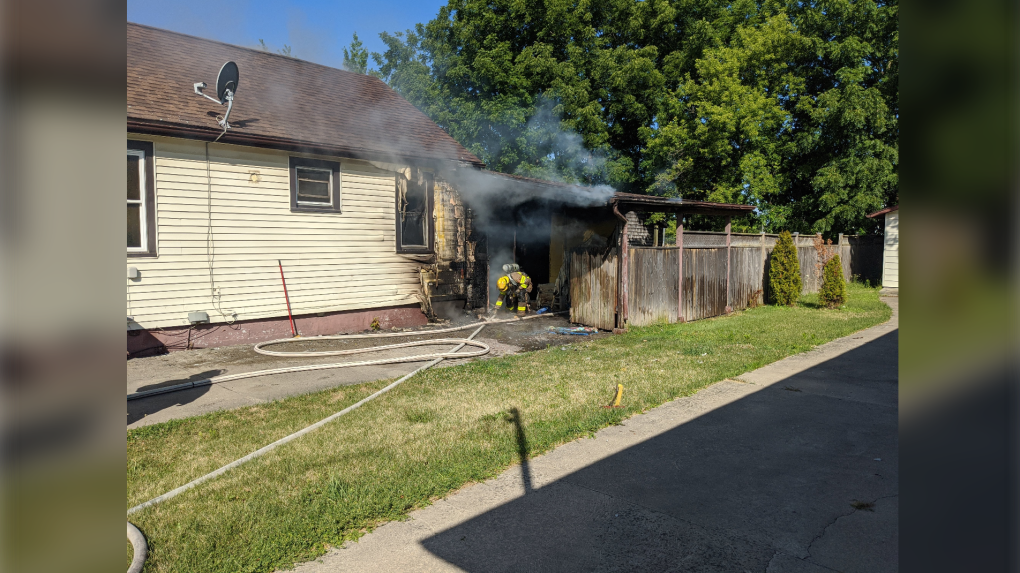 A house fire caused around $100,000 in damages to a home on Edgar Street in Chatham-Kent on Monday, July 13 2020. (courtesy Chatham-Kent Fire and Emergency Services)

WINDSOR, ONT. -- There were no injuries reported, but an estimated $100,000 in damages from a house fire in Chatham-Kent.

Fire crews responded to reports of a possible structure fire at 161 Edgar Street in Chatham on Monday around 9:25 a.m.

Once they arrived on scene, crews were met with “heavy smoke showing from the structure,” a news release stated.

The cause of the fire is under investigation and a Chatham-Kent Fire and Emergency Services fire investigation is now on the scene.