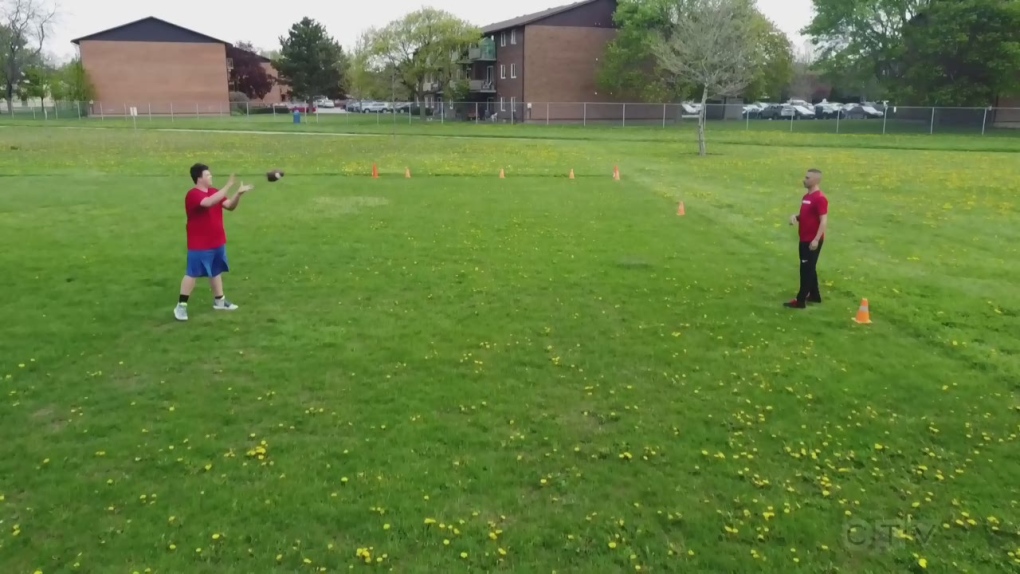 President of a Flag Football team is being threatened by the municipality - Sunday, May 2, 2021 (Bob Bellaccio / CTV News)

WINDSOR, ONT. -- There might yet be common ground between the municipality of Chatham-Kent and a resident handed a notice of trespass for cutting grass at a public park as both sides are scheduled to discuss a resolution.

Jason Reynolds wanted to maintain an open area of Lark Park to allow kids to play football, but was told through a registered letter dated April 26 he could face fines up to $2,000, and arrest, if he continued mowing the field.

While Reynolds heeded the warning, he also told his story to CTV Windsor.

Chatham-Kent Councillor Michael Bondy said what happened to Reynolds drew the ire of the community and referred to the notice as “a PR disaster for Chatham-Kent.”

Bondy supported a motion at council on Monday evening instructing administration to meet with Reynolds and other users of Lark Park to identify long-term needs and scheduled maintenance of the turf.

A report to council outlined a number of legal and safety risk-related issues, involving Reynold’s use of power equipment on city property without permission.

Bondy admitted there is already a vendor hired to do the job, but added the municipality works with 103 other sports leagues, and hopes by pressing the reset button both sides can reach a resolution.

When reached by CTV News Reynolds said he was encouraged.

"All I am asking for is a couple of days before the kids are playing can you cut the grass?” he says.

Another report on the progress of those discussions is expected before council by mid-June.