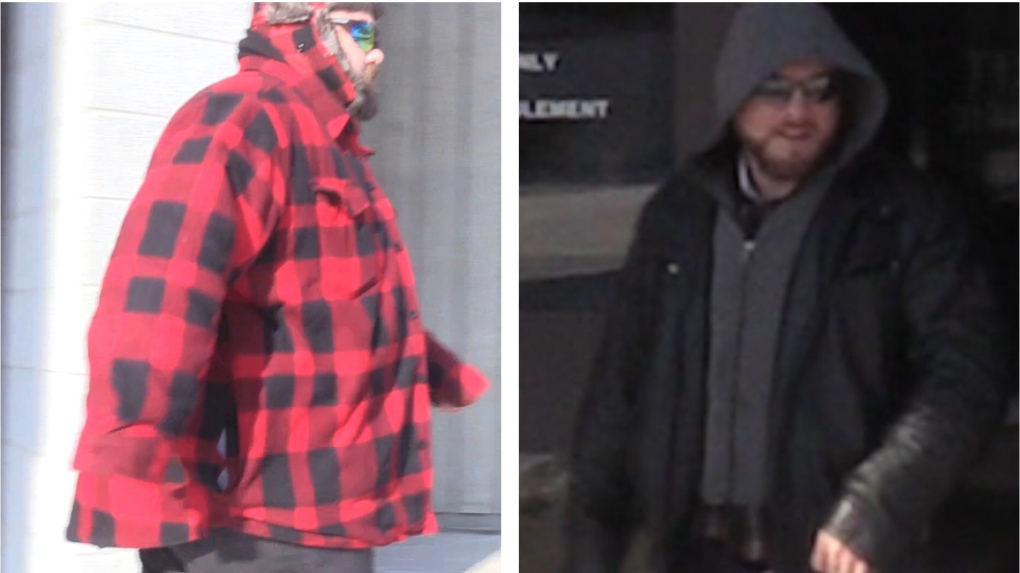 Michel Gagnon (left) and John Robert (right) exit the Chatham courthouse Thursday, Jan. 18, 2018. They are seeking a stay of prosecution in their alleged dog-fighting case set to go to trial in March. (Rich Garton / CTV Windsor)

Animal cruelty charges against two men for running an alleged dog fighting ring in Tilbury East have been stayed.

John Robert and Michel Gagnon were charged in October 2015 after a joint-forces operation executed three warrants at a residence.

However, their lawyer, Ken Marley launched a challenge in a Chatham courtroom January 18, arguing the legal proceeding was taking too long and violated the rights of the accused.

The last scheduled trial date was set for May 11, which would surpass the 30-month ceiling set by the Supreme Court by one month and two days.

Justice Bruce Thomas handed down a decision Friday, and agreed the 28-month length of time violated the rights of the accused.

Marley tells CTV Windsor it means there will be no trial for his clients.

He adds the only way the two men can be tried in this case is if new evidence and new charges are laid.

Only one co-accused was sentenced.

Robert Tomlin of Kent Bridge pleaded guilty to one count of causing unnecessary pain to an animal in August and received a four month conditional sentence and a 24-month probation. He was also ordered to pay a $200 fine.

18 of the dogs seized in the October 2015 raid have now been socialized at an animal welfare compound in Florida and are currently in the process of being adopted.