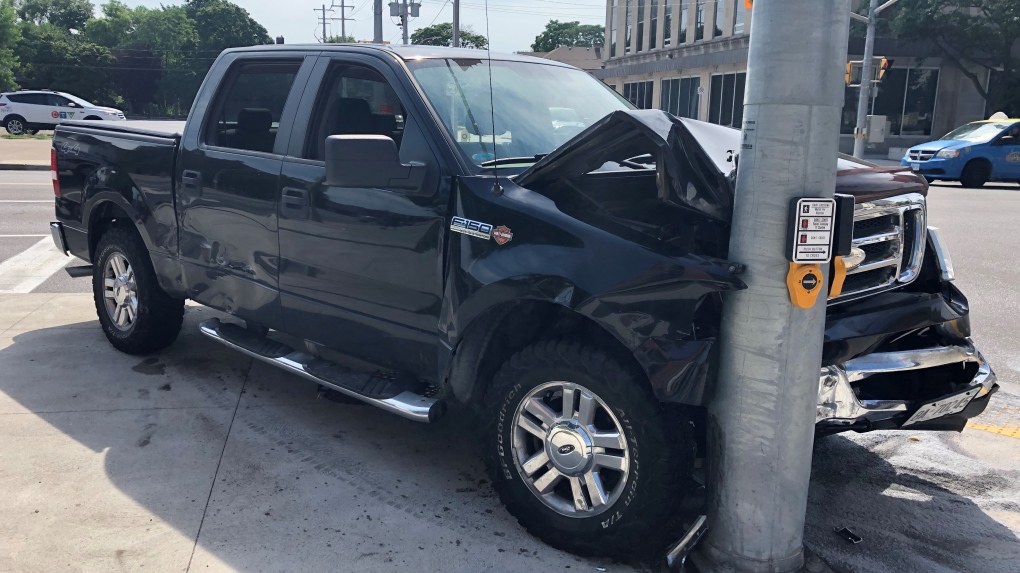 WINDSOR, ONT -- Windsor police say charges are pending after a driver involved in a downtown crash fled the scene on foot.

He was caught a short-time later, and police determined the vehicle had been stolen.

It happened around 4 p.m. at the intersection of Ouellette Avenue and Elliott Street.

The second vehicle, a pickup ended up crashed into a light pole.

One person was taken to hospital for treatment for a minor injury.

No other information is being released at this time.

Police say the investigation is ongoing.