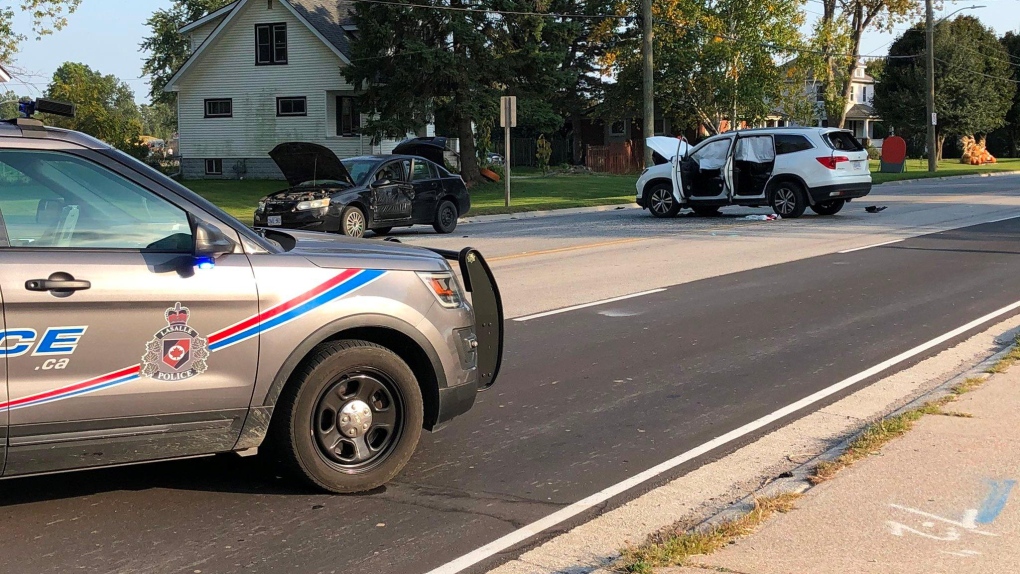 Officers were called to the two-vehicle collision in the 2600 block of Front Road just before 3 p.m. on Sunday.

EMS transported all of the involved drivers and passengers to the hospital for examination and they were later released.

Front Road was closed from 3 p.m. until 7 p.m. while police completed their investigation.

There was significant damage to both vehicles and each had to be towed from the roadway.

The collision is still under investigation and police say charges under the Highway Traffic Act are pending.