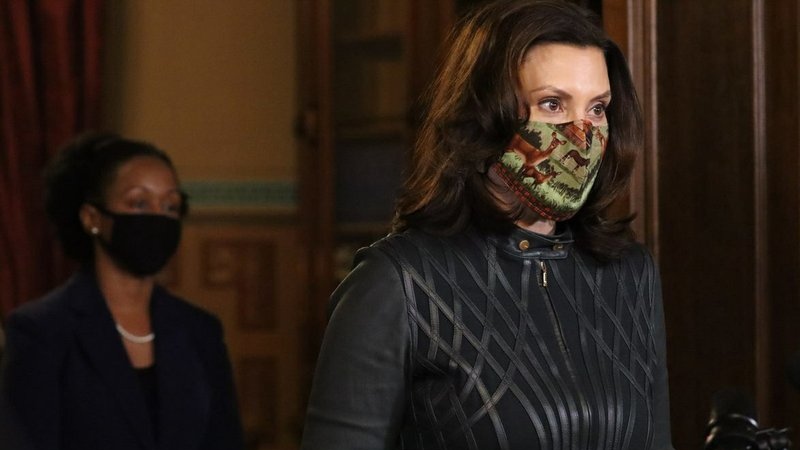 LANSING, MICH. -- A top Michigan health official said Tuesday she was cautiously optimistic that more residents took steps to combat the surging coronavirus last month, citing declining case rates, but warned that the spread remains significant and the effect of Thanksgiving will not be known for two to three weeks.

Joneigh Khaldun, the state’s chief medical executive and an adviser to Gov. Gretchen Whitmer, urged people who traveled for the holiday to stay away from others for 14 days.

The Democratic governor, meanwhile, said it was too early to say if her administration will extend a three-week order that prevents high schools from offering in-person instruction, prohibits dine-in service at restaurants and closes various entertainment businesses. The restrictions are due to end in a week, Dec. 8.

Joe Vicari, who owns more than 20 Detroit-area restaurants, has urged other restaurant owners to defy the indoor-dining ban if it is continued.

“I would discourage people from willfully breaking the law always, no matter what the law is, on any subject,” Whitmer said at a news conference. “In this moment, we need to give one another empathy and a little bit of grace and recognize the gravity of this situation.”

She noted the risks of unmasked people gathering inside at eateries, though did not specify how many cases have been linked to COVID-19, the disease caused by the virus. She said it has contributed to more than 9,000 deaths statewide.

Whitmer again urged the Republican-led Legislature to pass a $100 million relief plan and for Congress to enact a separate round of aid.

The state health department reported 190 deaths on Tuesday, including 160 over the most recent 24-hour period. Deaths are a lagging indicator since it takes time for people to get sick and die.

“We’re cautiously optimistic. Based on what we are seeing, more people started doing the right thing towards the beginning of November. That means wearing masks, not gathering and maintaining 6 feet of distance from others,” Khaldun said. She added that officials will look at trends in the wake of Thanksgiving.

“Too many people traveled for Thanksgiving, and we will see the numbers increase very likely because of it,” Whitmer said. “That will coincide with the next big holiday, Christmas. Too many people are considering traveling and I reiterate — please don’t.”

Khaldun cautioned that the second wave has left contact tracers unable to try to contact all newly infected people in a timely way. She also said the state is planning for when a vaccine is available.

Later this month, the Food and Drug Administration will consider authorizing emergency use of two vaccines made by Pfizer and Moderna. Health care workers and nursing home residents should be at the front of the line when the first shots are ready, an influential federal government advisory panel recommended Tuesday to the director of the Centers for Disease Control and Prevention.

“Because there will be such a limited amount in the beginning,” Khaldun said of the vaccine, “our first priority will be to keep our health care systems operating and to protect those who are the most vulnerable.”

Initially, that will mean vaccinating front line workers such as paramedics and those working on hospital medical floors and in intensive care units and emergency rooms, she said. As the vaccine becomes more available, hopefully in January, the Whitmer administration hopes to get it to nursing home residents and workers in congregate-care facilities, she said.

Next up will be other critical health care workers, essential workers such as educators, people at the highest risk of severe illness from COVID-19 and then, finally, the general public. Khaldun said she hopes the public can be immunized starting by late spring.