Caught on cam: Suspect kicks side mirrors of parked vehicles 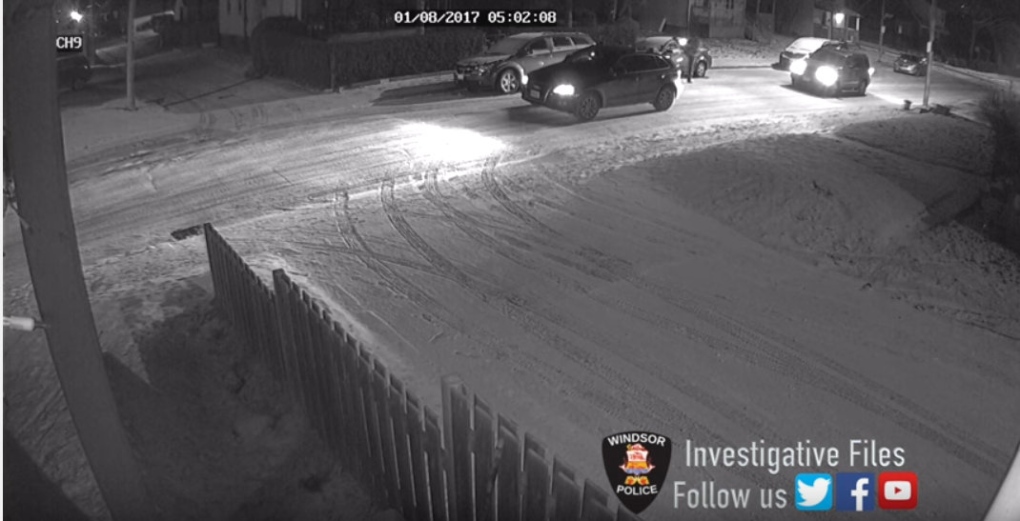 A suspect can be seen kicking in car windows in Windsor.(Courtesy Windsor police)

Windsor police have released video of suspects kicking side mirrors of parked vehicles.

The video shows two cars stopping in the middle of the road, a driver of one of the vehicles gets out and begins to kick a car mirror early Sunday morning.

The offender gets back into the first vehicle and both cars drive away.

Mirrors on several vehicles were damaged or knocked off in the 1000 block of Cataraqui Street and 1000 block of Tuscarora street.