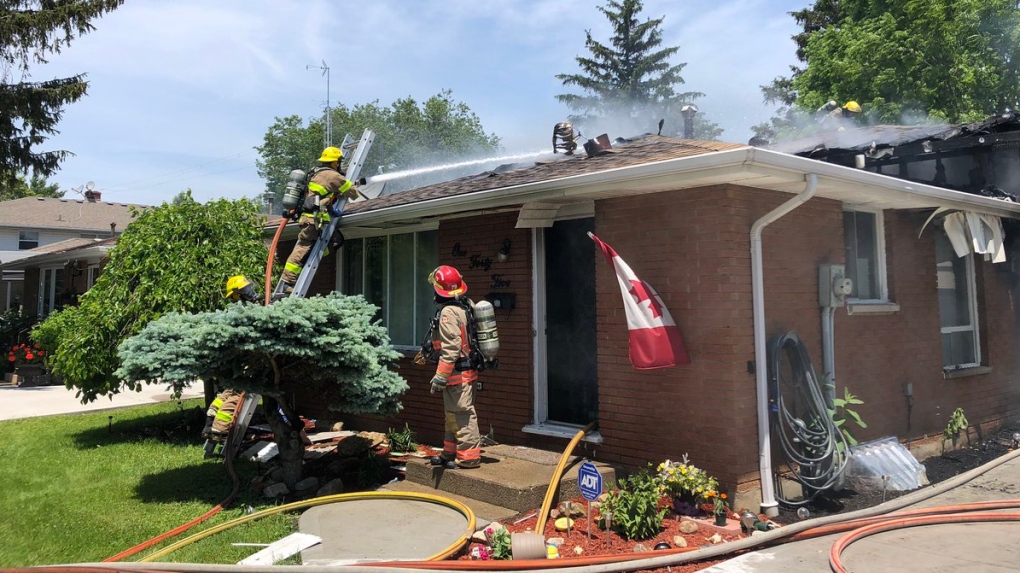 Careless smoking is being blamed for a house fire in Chatham.

Fire crews from stations #1 and #2 were called to a home at 145 O’Neil Street just after 1 p.m. on Wednesday and found heavy flames at the back of the home.

Assistant Chief Philip Thorburn says they worked quickly to extinguish the flames but were on-scene for an extended period to ensure that all deep-seated burning was extinguished.

At one point, neighbours were told to keep their doors and windows closed due to the amount of smoke.

Crews are currently responding to a house fire on O’Neil St in Chatham. Everyone is out of the house. Neighbours please close your windows & doors. pic.twitter.com/21to6ckGXr

No one was hurt. Thorburn says a neighbour noticed the fire on the exterior of the home and alerted the lone occupant who escaped safely.

Thorburn adds they believe the fire started because of careless smoking.

But Thorburn says the quick action of the fire crews prevented the flames from spreading to a neighbouring home.