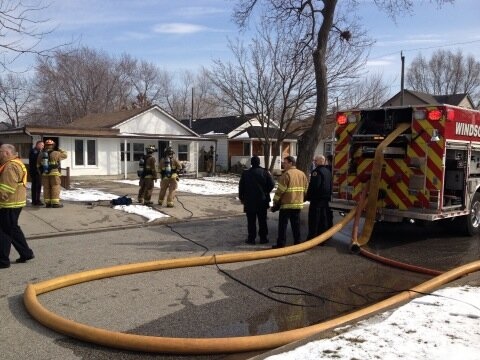 Careless cooking is to blame for a house fire on Windsor’s east end.

Windsor firefighters responded to a call at 908 Jos Janisse Avenue around 1 p.m. Thursday. Flames and smoke were shooting out of the rear of the home.

Crews were able to quickly douse the flames, which officials say originated in the kitchen.

“There are no injuries, no one was home. So fortunately, no one was hurt,” says Lee Tome, Windsor’s chief fire prevention officer.

No estimate on damage.