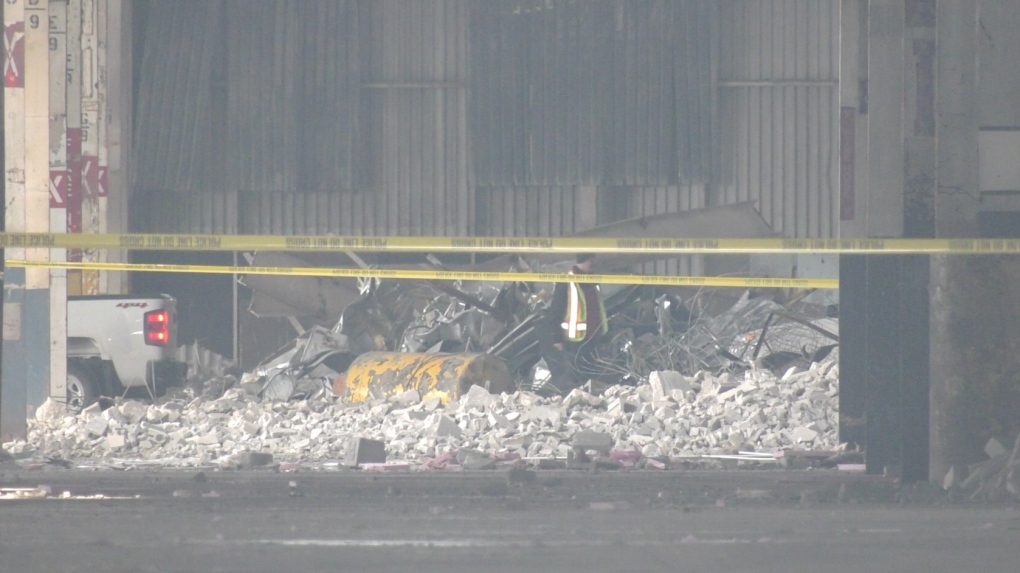 Investigators tape off the scene inside an industrial building in the 6500-block of Cantelon Drive in Windsor on Sunday, December 27, 2020. (Ricardo Veneza/CTV Windsor).

WINDSOR, ONT -- A 24-year-old man is the victim of a fatal industrial incident in Windsor.

On Saturday, a young man was the victim of an incident at the industrial park on Cantelon Drive, the same site of a fire a week earlier which caused $500,000 in damages.

The pair of incidents in quick succession have left tenants of the industrial park, like Elie Haddad, concerned.

“Of course, right now especially [because] somebody passed away,” said Haddad.

Haddad is the president of Haddad Logistics Services located in the building in the 6500-block of Cantelon Dr.

He claims the building is unsafe following the fire on Dec. 20 which saw Windsor Fire and Rescue investigators list the cause of the blaze as “undetermined” with no injuries reported.

“It’s open to anybody that can come in,” said Haddad. “You can see the ceiling actually coming down. There’s just a lot of debris.”

The Ministry of Labour has not yet returned a request for comment from CTV News but Ontario government vehicles could be seen on site combing through debris on Sunday.

CTV News has reached out to building ownership and are awaiting a response.

The incident has worker’s rights advocates like Kevin Jones in London outraged.

“It frustrates me and angers me,” said Jones, aligned with Occupy WSIB in London. “It makes me feel bad for the family, sadness because right during the holidays this happened.”

Jones has hung up an orange construction worker jacket in his window to pay tribute to those lost at the site of a collapsed building in London, and now is keeping it there for the young man lost in Windsor.

“There needs to be accountability,” said Jones.

After seeing the fire and now a fatality at the Cantelon Dr. site, Haddad is questioning his business’ place at the industrial park.

“It’s a family-run business so, we’re there all the time. My kids are there, they sit with us so, it’s scary,” said Haddad. “Yesterday, we were thinking about it all day, ‘What if we were working in there and something fell on us?’ It could’ve been us.”

Haddad says his business is working to move equipment out to keep up with customer orders but, still has equipment at the building that is inaccessible because of the ongoing investigation.