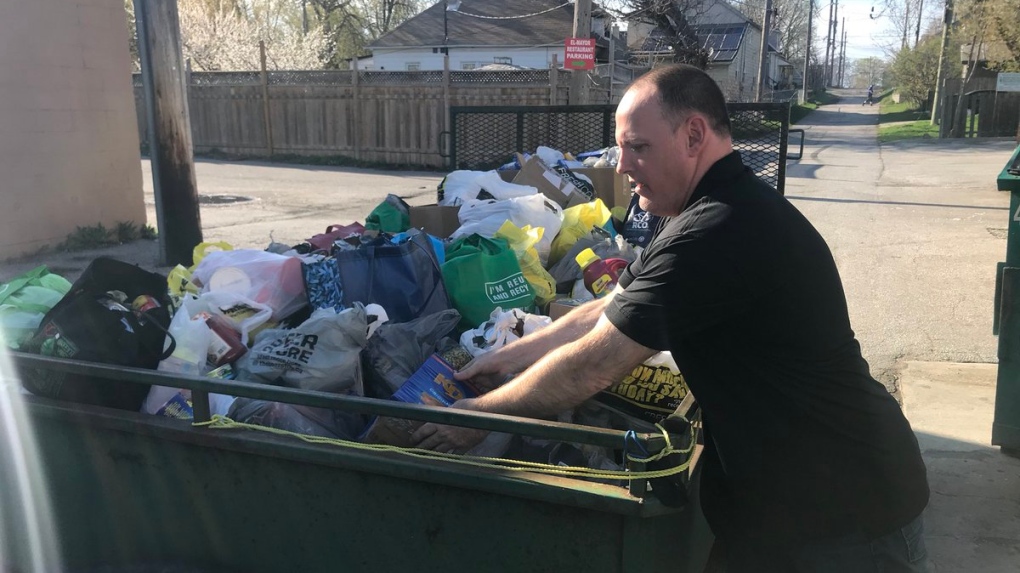 Rain this past weekend kept the EPIC 420 Cannabis Festival from getting the attendance organizers were hoping for, but still they were able to support Windsor area food banks.

Event organizer Leo Lucier dropped off a truck and trailer full of groceries at Street Help on Monday.

Lucier later went to the Welcome Centre Shelter for Women and helped fill their shelves with food and other necessities.

It was the third year for the festival, but the first since recreational marijuana use was legalized in Canada last year.

Lucier believes marijuana gets a bad rap, and he's eager to prove that his fellow festival-goers believe in his mission to feed the less fortunate.

“I’m trying to make awareness that there is a positive to cannabis use at the end of the day, and cannabis sales, at the end of that day too,” says Lucier. “If licenced producers got on board doing this, it could wipe out hunger in a heartbeat, right?"

Lucier owned and operated Compassion House in Windsor before it closed at the beginning of April.

Compassion House is the same store that has been raided twice by police, suspected of selling recreational marijuana without a licence.

Lucier claims he was not breaking the law and selling marijuana. He was giving it to people who donated food and other items to local charities.