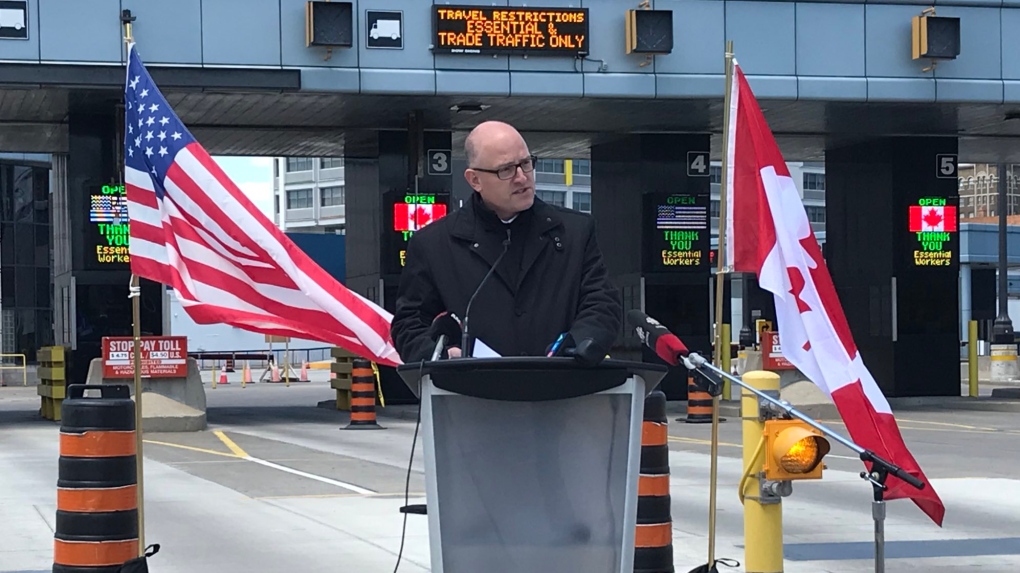 “The distinction between essential and non-essential travel has managed to achieve our two objectives of keeping Canadians safe and at the same time allowing those essential goods and services to move freely across the border,” Canada’s deputy prime minister, Chrystia Freeland told reporters Tuesday.

That said, the government hinted at stronger screening measures that could soon be put in place at Canada-US border crossings to deal with the anticipated uptick in people entering the country from the United States.

But the Canadian government wouldn’t say whether the shared border will reopen to non-essential travel on May 21, when the mutual travel ban expires.

Inevitably, as our economy starts to open up, even absent a single change in Canada’s border restrictions, we will see more travel across the border,” Freeland said. “We’ll see more Canadians choosing to go back and forth and we’ll see more business activity which will mean more essential travel.”

Prime Minister Justin Trudeau says whenever that does happen, the feds plan to be “very, very careful.”

Some provincial premiers, including Ontario Premier Doug Ford – have been outspoken on the matter. Ford has said they don’t want to allow U.S. visitors into Canada to help contain the spread of the virus, considering the high number of cases and deaths from COVID-19 stateside.

“I think governments are moving cautiously, which I think is appropriate and I think they’re trying to find that delicate balance between sort of ensuring some level of economic activity and some level of public health,” said Greg Stanford, the U.S. Consul General, who is from Michigan but is based in Toronto.

Stanford tells CTV News exploratory discussions are taking place, but decisions will ultimately be informed by data and the best interests of both countries.

“I think as we see economic activity start to ramp up on both sides of the border, given how interconnected out two economies are, it will be necessary to see some relaxation of those rules but i think again we’ve always done it in a very closely coordinated fashion,” Stanford said.

Dilkens expects to hear an update on the next steps from the federal government within a week.

“What you would likely start to see is some sort of harmonization at the border with respect to the start of manufacturing and the need to make sure workers from both sides of the border can cross to make sure those essential businesses can function properly,” said Dilkens.