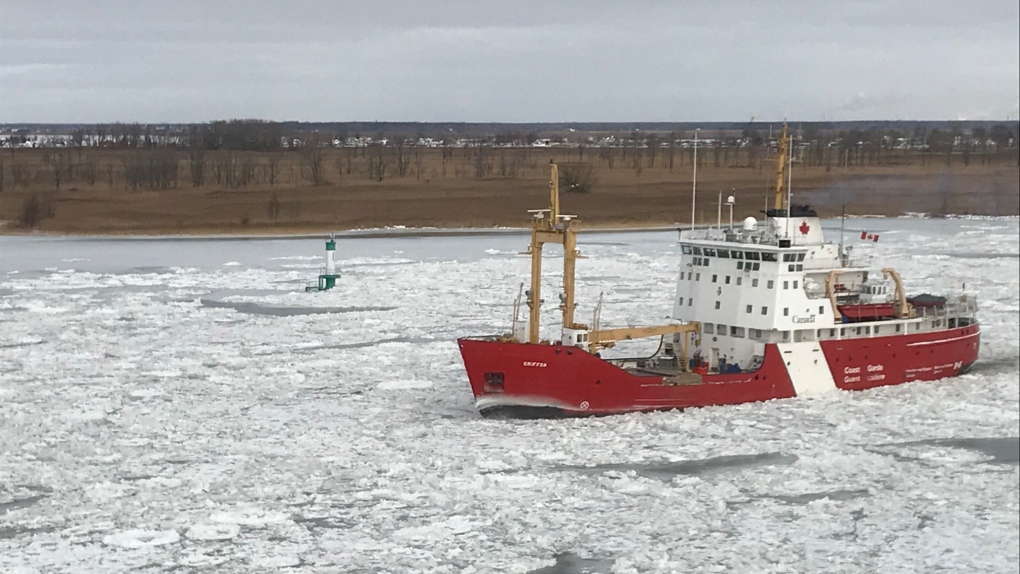 The Canadian Coast Guard Ship Griffon was dispatched from Sarnia and commenced operations to clear the ice jams that were affecting mainly the Michigan communities of Algonac, East China Township and Marine City.

The Griffon was then joined by the Canadian Coast Guard Ship Samuel Risley and icebreaking efforts continued throughout the night.

Officials say water levels in this section of the St Clair River have dropped by about 18 inches over the last 24 hours thanks to ice breaking operations.

Commercial shipping in the area is now moving under Coast Guard escort after being halted Monday due to the ice jams.