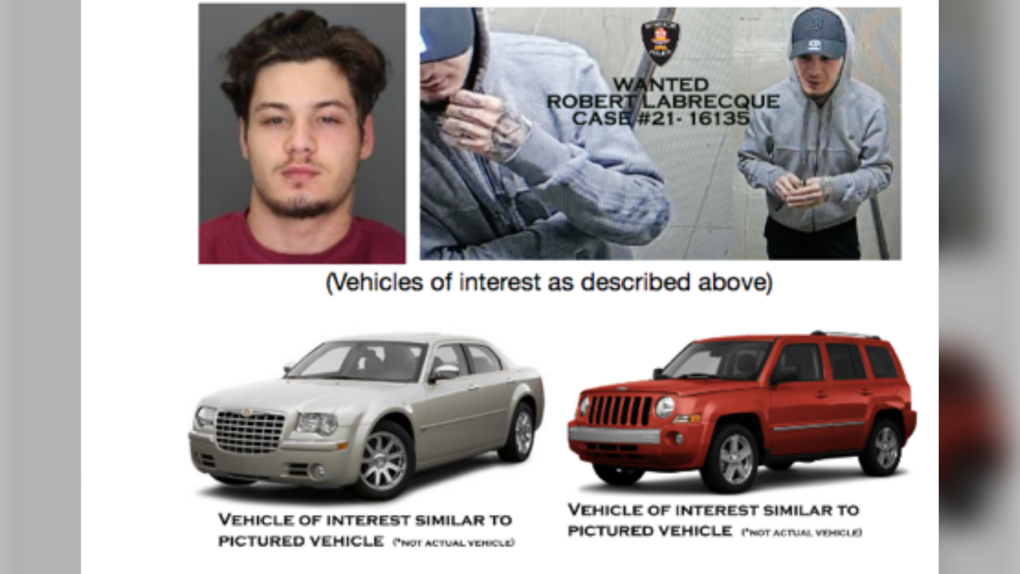 WINDSOR, ONT. -- A Canada-wide warrant has been issued for a Windsor man wanted in connection to an attempted murder investigation who police believe has fled the area.

The Windsor Police Major Crime Unit continues to seek information regarding the whereabouts of 20-year-old Robert Labrecque who they say should be considered “armed and dangerous.”

Police have been searching for Labrecque in relation to an attempted murder investigation after a shots fired incident in the 3000 block of Downing Street on Feb. 27.

Police say investigation determined the victim was driving a vehicle in the area when two suspects fired shots toward the victim and fled the area. The victim did not sustain any physical injuries.

Investigators say Labrecque is known to have ties in Montreal. Police have received information he was seen in the London area within days of the shots fired incident.

Windsor police have already arrested one suspect without incident on Feb. 28.

Police are warning the public not to approach Labrecque if seen and to call 911 immediately.

Labreque is known to also have several tattoos which are described as: