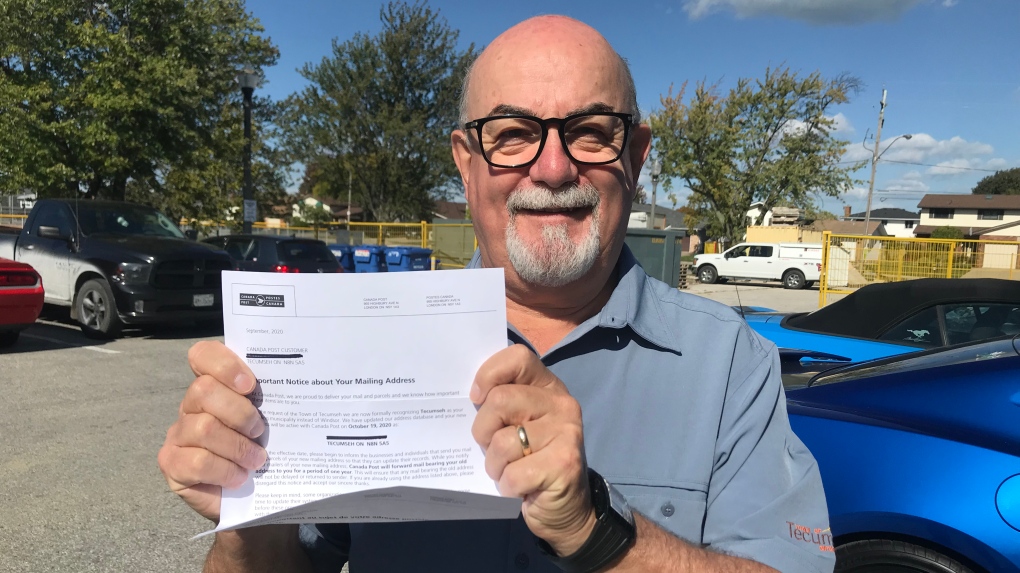 WINDSOR, ONT. -- Some Tecumseh residents are getting updated addresses with Canada Post.

A letter from Canada Post states “At the request of the Town of Tecumseh, we are now formally recognizing Tecumseh as your mailing municipality, instead of Windsor.”

Tecumseh Mayor Gary McNamara says it's good news for residents impacted in the urban northern part of the town.

“Now the bulk of citizens in the area will maintain their postal code,” says McNamara. “The only change instead of it saying Windsor, Ont., it will say Tecumseh, Ont.”

Canada Post gave the notice of 12 months where they will automatically do the change.

McNamara says they’ve been advocating for it for the past three years, but really put the pressure on in the last three months, especially due to the COVID-19 pandemic. The uptick in parcel delivery was a tipping point in exposing the problem.

McNamara says the one that was really affected was the urban populated area.

Oldcastle and Maidstone will remain as such.

McNamara says it’s because their industrial park is world renown, they’re known as Oldcastle. It will maintain as Oldcastle as the primary and the default is Tecumseh.

“Council felt we should maintain Oldcastle address in that area because of the significance of the business community and business known across Canada, the US and certainly the world,” says McNamara. “We felt that would be prudent.”

There was a different reason for Maidstone.

“The Maidstone hamlet, because of the significance of the hamlet, we didn’t want to lose that flavour.”

Anything north of Highway 401 in Tecumseh boundaries, the primary is going to be Tecumseh.