Building names under review at UWindsor 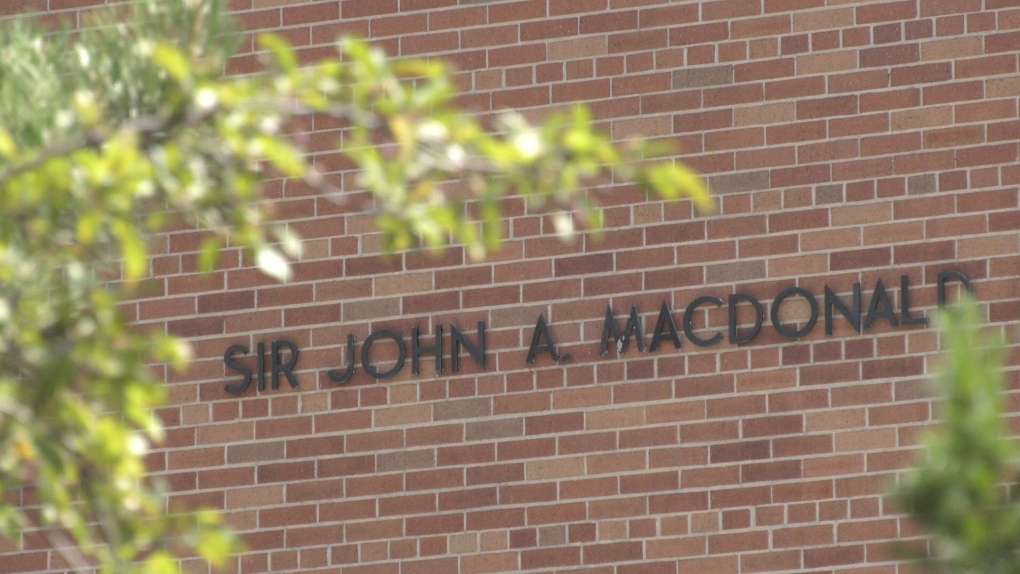 Macdonald Hall at the University of Windsor as seen on Thursday, June 25, 2020. (Ricardo Veneza / CTV Windsor)

WINDSOR, ONT. -- The University of Windsor will review all its building names across its campus following the launch of a petition calling for the name of Canada’s first prime minister to be stripped from a residence hall.

On Thursday, a statement from the university committed to a review of campus building names with the final decision resting with the university’s board of governors.

In the university’s statement, it notes buildings should carry names of “individuals and organizations who reflect our institutional values and priorities.”

According to the statement, the review will include discussions with students, faculty, staff and alumni.

A change.org petition has been circulating online, calling for the removal of the name ‘Sir John A. Macdonald’ from the Macdonald Hall building – named for Canada’s first prime minister and one of the fathers of confederation.

The petition points to Macdonald’s role in the creation of the residential school system in Canada in the 1880s, which tore apart Indigenous families to assimilate Indigenous children into Euro-Canadian culture, as a symbol that can create discomfort among Indigenous students attending the university.

“Therefore, to rename Macdonald Hall is to alleviate that discomfort and eventually wash away the pain,” reads the petition.

The last residential school closed in 1996.

In 2008, then prime minister, Stephen Harper, formally apologized on behalf of the Government of Canada, and all Canadians, for its role in creating residential schools alongside Christian churches.

In May 2006, the Indian Residential Schools Settlement Agreement was reached which would give way to the Truth and Reconciliation Commission.

The statement from the university points to the Fall as the earliest time the board will be able to meet to review the Macdonald Hall situation, along with other campus building names.