WINDSOR, ONT. -- Sign wars have been popping up across southern Ontario and now some groups in Windsor-Essex are getting in on the fun.

A priest at Ste. Anne’s Parish in Tecumseh says some people still have their sense of humor despite living in unprecedented times.

“By coming together in these little ways and just bringing a smile to people’s faces I think goes a long way,” says Father Patrick Beneteau. “Bringing a bit of hope in the midst of the difficulties that we’re going through.”

Ste. Anne’s has been challenging nearby businesses to verbal duels.

“It just shows that we can partner together in different ways as a church community and working and partnering with other companies and businesses in the area here,” says Beneteau.

Beneteau says one of St. Anne’s targets was the Tecumseh Home Hardware – they asked “Need Lumber? We know a carpenter with eternal supplies.”

Home Hardware quipped back “We’ve got the lumber, but our carpenters are described a little differently.” 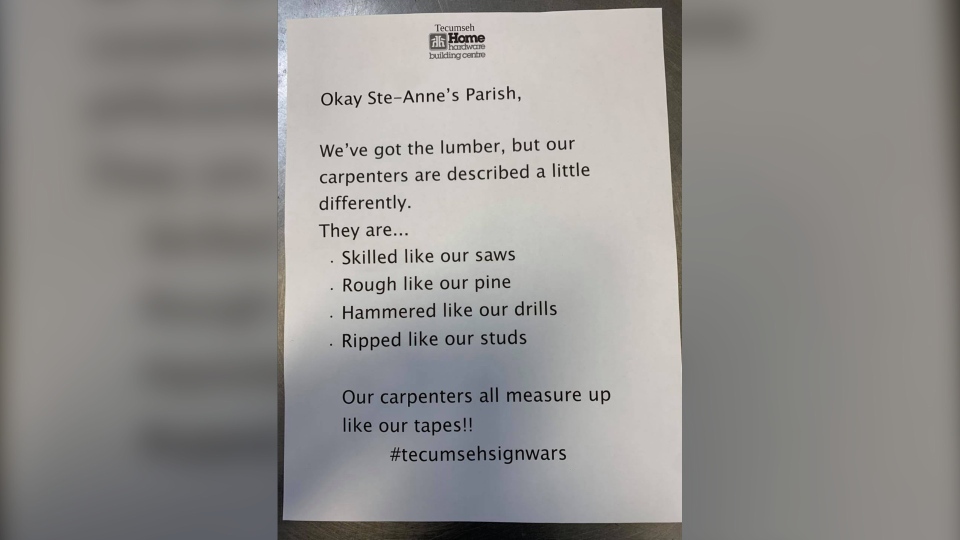 “The church specifically was hard to respond to and one of my girls texted me on Saturday morning with an awesome response,”says Home Hardware’s Kimberly Seguin.

“What’s awesome about this sign wars challenge is there’s a lot of businesses that we perhaps been never introduced to,” she says. “I had no idea what Mathca was so I had to Google it of course.”

Mathca owner Ahmed Merie was happy to get in on the challenge, asking if Home Hardware could fix their broken chocolate. 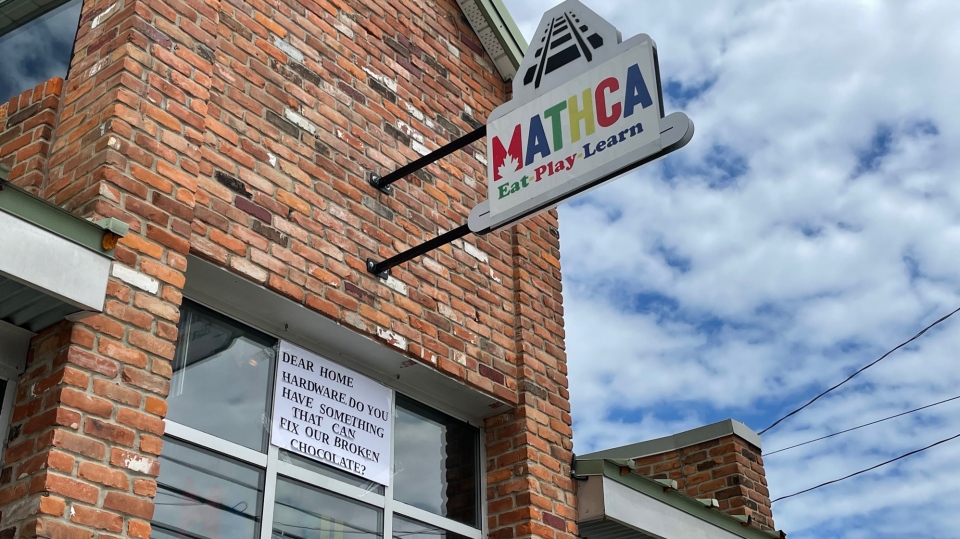 “The hardware, they usually write a good things,” says Merie. “They know how to fight because they almost have everything to fix and to do.”

Home Hardware of course responded and now Matchca has a new target.

“The church is in my mind, maybe I’m going to do something in a few days,” says Merie.