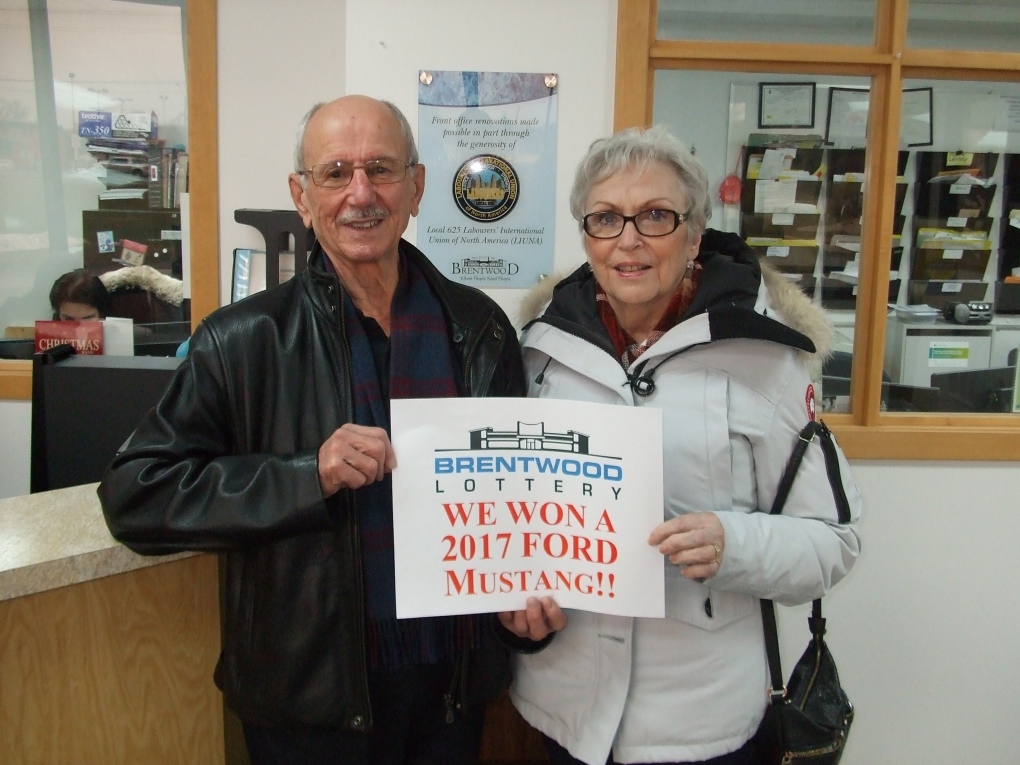 Brentwood Recovery Home has announced Harold Hill as its grand prize winner of a new home in its lottery draw.

Winners of some of the other major prize winners include Louis and Lucille Cecillon who won a new ford mustang.

They intend to keep the car.

However Rick Gloude, who won a Buick Verano and William Chartier, who won a Jeep Cherokee opted for the $25,000 cash prize instead.

Officials say 160 tickets were drawn over a three-hour period on Saturday afternoon, with more than $500,000 worth of cash and prizes up for grabs.

All the money raised from tickets will go directly to fund Brentwood programs.

With $950,000 in ticket sales -organizers say it’s one of the best lotteries in the last nine years.