Breakthrough with blockade at shipping yard for Windsor Assembly Plant 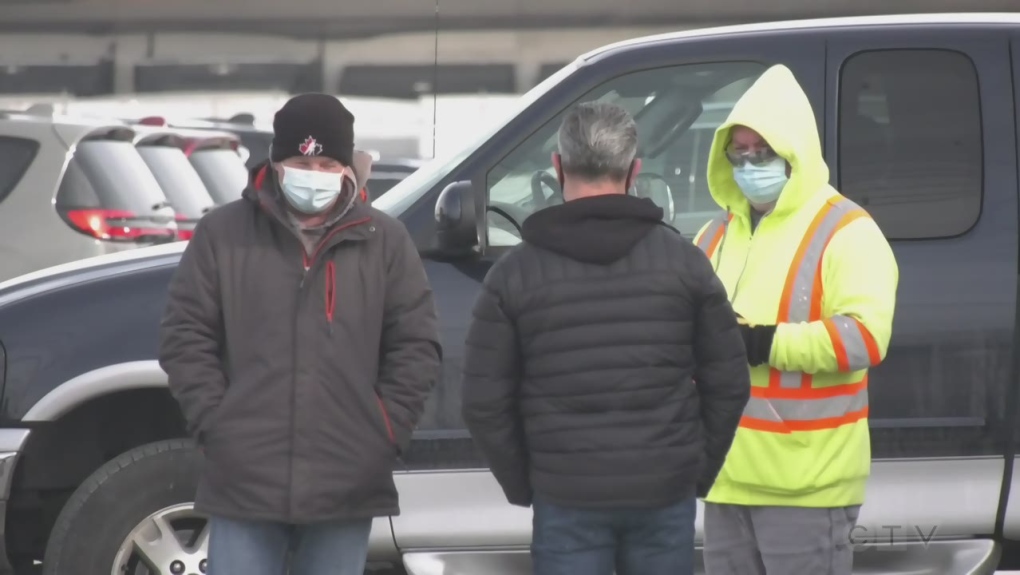 WINDSOR, ONT. -- Unifor Local 444 leaders say they have had a breakthrough with the blockade that they have had up at the Auto Warehousing Company releasing yard.

Fiat Chrysler Automobiles had issued a court injunction to remove a barricade blocking the shipping shipping yard for the Windsor Assembly Plant.

The union took action Jan. 4, after they received word that 60 members of AWC would be out of work after the company lost its contract with FCA to Motipark.

Local 444 president Dave Cassidy said Monday he received word that FCA contacted AWC management and they are coming back with their workforce to run the business, according to a post on social media.

We have had a breakthrough with the blockade that we have had up at the AWC releasing yard.

I just received word that FCA contacted AWC management and they are coming back with our workforce to run the business *interim beginning at 7am today. ( our proposal )
Stay tuned.. pic.twitter.com/b7XUnxPe1i

Cassidy said it is interim and began at 7a.m. Monday, which was the union’s proposal.

“Motipark, the employer who won the contract, believes they can simply lower workers worth and not recognize our union is reckless and won’t be tolerated,” said Cassidy.

Cassidy said they appreciate the tremendous amount of solidarity from members and the community.