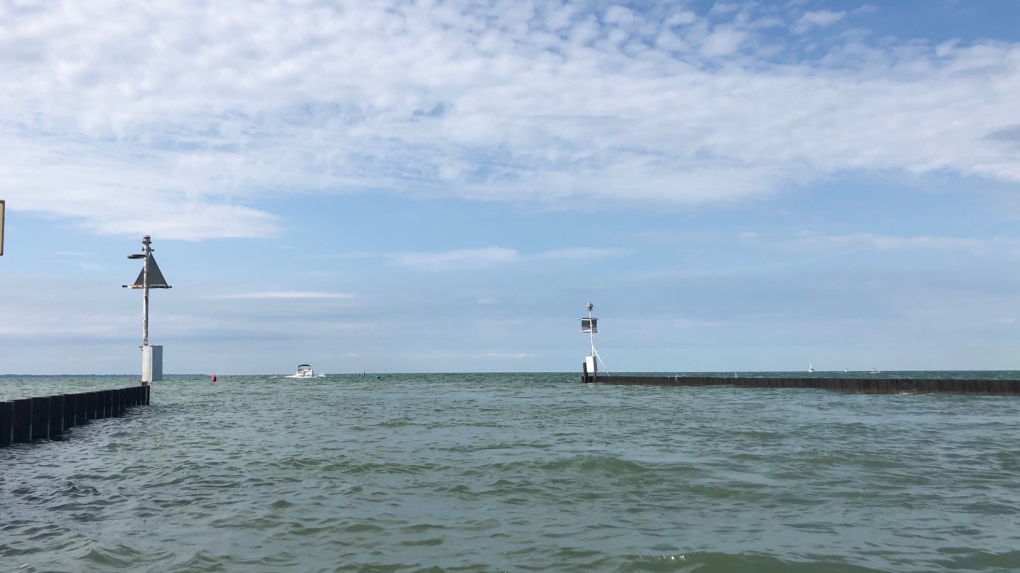 MIDDLESEX CENTRE, ONT. -- Health officials have released an advisory due to a blue-green algae bloom on the south shores of Lake St. Clair.

The Windsor-Essex County Health Unit (WECHU) says the advisory comes as the result of recent lab results for microcystins in Lake St. Clair.

Microcystins are the toxins produced by blue-green algae.

The advisory remains in effect until future test results come back with an acceptable level, which is below 1.5 parts per billion for adults, children over the age of six and animals.

There is currently no issue with drinking municipally-treated water, but an property-owners that draw water for wells or cisterns directly from the lake is advised not to drink it unless they are testing for microcystins routinely.

Those visiting beaches should avoid swimming if the water looks cloudy, like green paint or pea soup, health officials say.

Only those over the age of six should swim in the lake, and they should take precautions and rinse off after swimming. Pets should not be allowed to drink lake water.