Black History Month celebrations continue thanks to a timely donation 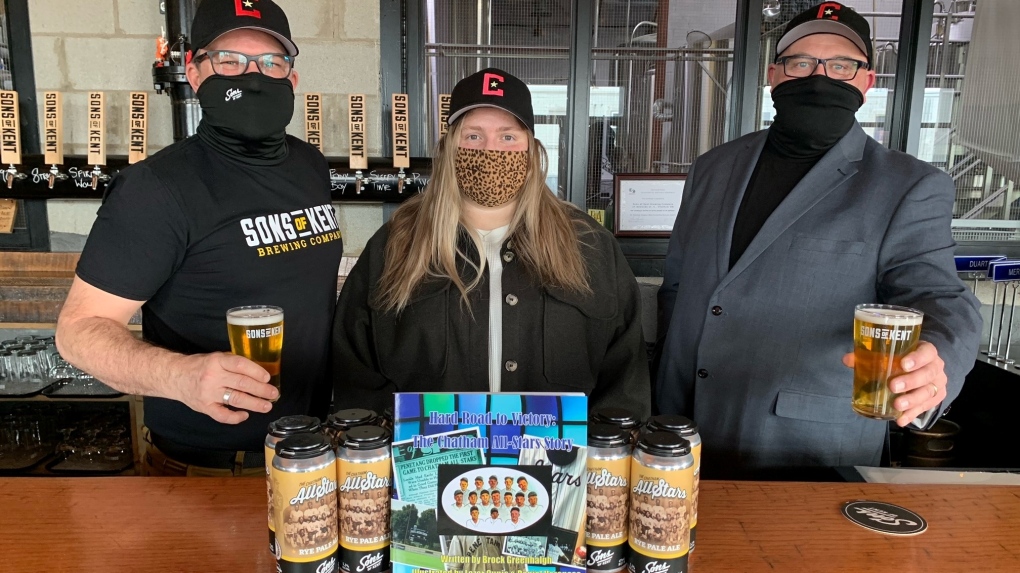 CHATHAM, ONT. -- The Chatham-Kent Black Historical Society and Black Mecca Museum continue to celebrate Black History Month more than a week after it concluded, thanks to a timely donation.

The museum was presented with $7,000 this past Friday. The money was raised by The Sons of Kent Co. in Chatham, and Kitchener author Brock Greenhalgh, who combined the sales from the commemorative Chatham Coloured All-Stars beer and a book on the same subject.

"With everything being closed during the pandemic right now, we don’t have visitors coming in, so we’re missing out on a lot of tourism dollars. So, this is going to be a fantastic donation to us," says Museum Executive Director and Curator Samantha Meredith.

She tells CTV News that despite the pandemic lockdown, last month was the busiest they've ever seen, thanks to virtual reality.

"We got reached out to a lot more by big companies for virtual presentations. Most of them were attended by 250-300 people, so we reached all across Canada! Some of them even had offices in the Chicago area, so even in the United States!"

The museum reopened its doors for tour bookings on Monday. Meredith says people often tried to stop on their way to pick up the beer at the brewery, which also sold about 100 copies of the Hard Road to Victory – The Chatham All-Stars Story book.

The goal of the book is to generate enough interest in the historic Chatham Coloured All-Stars 1934 team to get them inducted into the Canadian Baseball Hall of Fame.

Meredith is hopeful this latest fundraising initiative will help with that goal.

"We use like to remind people that Black history can be celebrated throughout the year because Black history is Canadian history after all."