Docked at the Sun Parlour Boat Club in LaSalle, Ont., where watercrafts of all sizes can be found along the Detroit River, Sam Zlotnik says one of his favourite things to do is visit the U.S. by water.

"We went to the U.S. quite a bit. We like a lot of the ports there. There's probably 10-to-one of what we have over here in this area. So we utilize that boating," he said. "It's a social thing. It's about enjoyment."

That enjoyment was put to a pause after the Canadian Border Services Agency (CBSA) closed nearly all of its small vessel reporting sites in Canada because of the COVID-19 pandemic.

In the Windsor-Essex region, just two sites were left open.

That meant boaters who left Canadian waters could only return to Windsor-Essex through Lakeview Park Marina in Tecumseh and Scudders Marina on Pelee Island.

But Friday, the CBSA announced the reopening of most small vessel reporting sites in Canada, permitting 26 others in Windsor-Essex to welcome boaters from the U.S.

"All the boaters are very ecstatic about it. But it should never have happened anyways," said Zlotnik. "With the rules that they put out, it was almost like non-boaters were making decisions for boaters. They didn't understand the impact on this area — not to mention safety concerns."

Those safety concerns, he said, are what prompted the cancellation of a weekend trip to Detroit, Mich. Along with 29 other boaters, the plan was to take their vessels into the U.S. all at once. But with the closest Canadian point of entry being Lakeview Park Marina, Zlotnik decided the process of 30 boats attempting to check in all the same time was not safe. 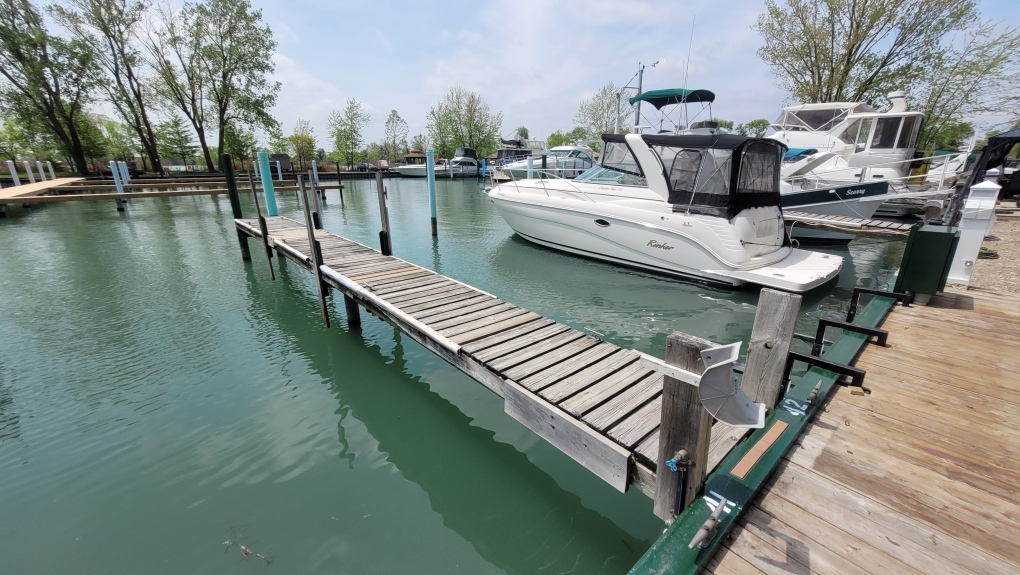 The manager of the Holiday Harbour Marina says limiting Canadian entry points in Windsor-Essex to just two added 'three and a half hours' to a boater's trip from the marina to the U.S. and back home. Pictured in LaSalle, Ont. on Friday, May 22, 2022. (Sanjay Maru/CTV News Windsor)

"It's not like on a road where you can stand in line and wait. You're floating in the harbour there. If you put 30 boats out there, something terrible is going to happen sooner or later,” he said.

In front of the Sun Parlour Boat Club sits the offices of Holiday Harbour Marina.

Manager Brianna Laking, who estimated the restrictions on reporting sites added about "three and a half hours" for boaters who left her marina, entered the U.S. and then tried to come back, said the rules could not have been relaxed at a better time.

"We are absolutely ecstatic that Americans can come over and enjoy some of the events that we have going on, like the Blessing of the Fleet going on [next week]," said Laking. "It's so much better when there's more people from the U.S. Especially with the support of the boat club, they're always going back and forth."

But for other marinas, the CBSA's move is happening a little too late.

"This makes for a great summer ahead for all boaters," said Walter Argent, vice commodore of the LaSalle Mariners Yacht Club. "The only thing is, for our Shakedown Race, we had to cancel it because we needed to give them 10 days’ notice."

"It's just the timing. We wish that they would have done this around the first week of May, at minimum, so that everybody could plan their sailing and racing calendars for the season."

According to the CBSA, the only small vessel reporting site that will remain closed in Windsor-Essex is on Pelee Island's West Dock.

A day after Russian President Vladimir Putin declared victory in seizing an eastern Ukraine province essential to his wartime aims, a city in the path of Moscow's offensive came under sustained bombardment, its mayor said Tuesday.