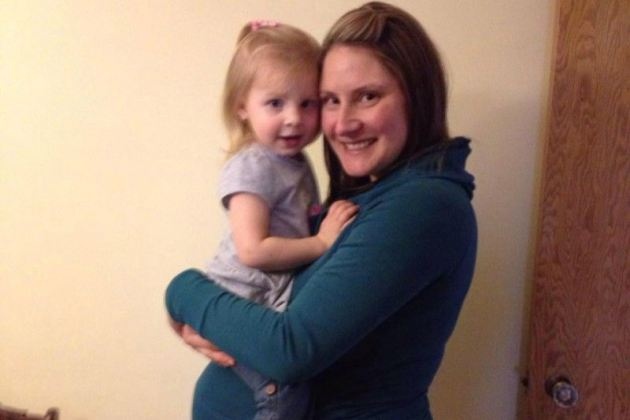 Stacey Harris is shown with her daughter Lilah. (Courtesy gofundme.com)

A Belle River mother has died in a London hospital after fighting a Group A streptococcus infection postpartum.

Stacey Lynn Harris, 30, passed away on Monday at Victoria Hospital in London, according to Reid Funeral Home.

An online obituary says “Stacey was a wonderful and devoted mother of Lilah and newborn Harper.” She is also survived by her husband Brandon.

“The family would like to thank all of the staff at both University and Victoria Hospitals in London for the care and compassion which went above and beyond,” says the obit. “Also thank you to the community for all the support and prayers given.”

London Health Sciences Centre confirmed she died, but would not release the cause of death.

According to the gofundme.com page called Stacey's Recovery, Harris had a baby girl on April 9. “Shortly after arriving home, she felt severely ill and was sent to the hospital and put into an induced coma to help her fight off the infection of Strep Group A. Stacey was then transported to London,” says the site.

Health Canada says “flesh-eating disease is an infection that works its way rapidly through the layers of tissue (the fascia) that surround muscles. It destroys tissue and can cause death within 12 to 24 hours.”

Flesh-eating disease can be caused by a number of different bacteria, including group A streptococcus, says Health Canada.

A pasta dinner to support the family is also scheduled for May 30.

A funeral Service to celebrate Stacey's life will be held from the funeral home on Friday at 11 a.m.