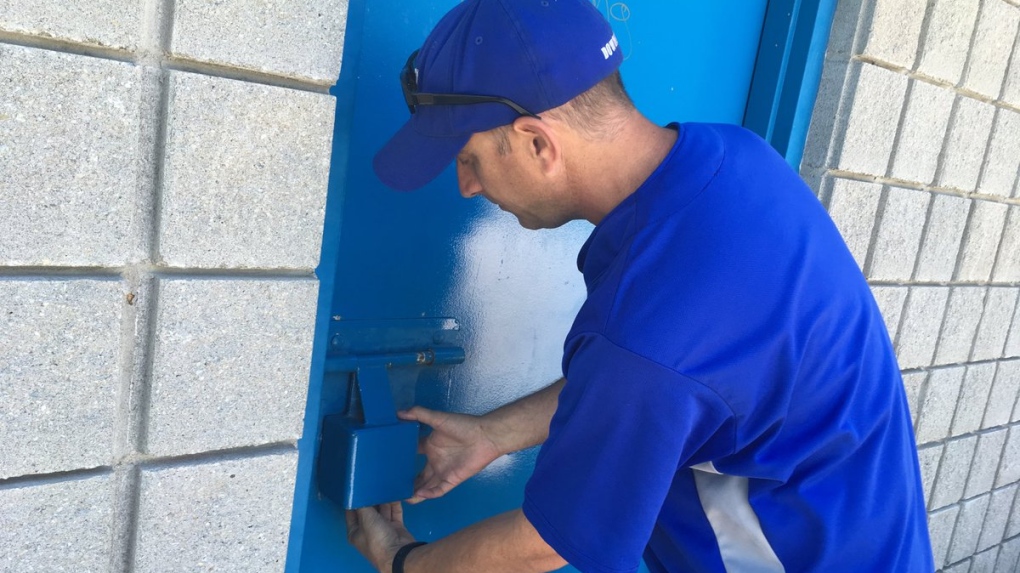 Windsor South Little League president Jim Downes checks the lock at the clubhouse, which has been broken into twice this week. (Bob Bellacicco / CTV Windsor)

The Windsor South Little League Baseball organization is leaning on the public for help to catch those that broke into their clubhouse twice this week.

Downes says the thieves got away with more than $500 in concession inventory, cash and food preparation equipment.

Police have also been notified.

Windsor South is a not-for-profit group, and everything that was lost was purchased through fundraising efforts.

With two upcoming tournaments beginning later this month, Downes says their organization is frustrated but also thankful to those who have offered their support through their website, www.windsorsouth.com

“There will be links up there if people want to reach out and continue to offer support,” says Downes. “We're very much appreciative as we try to recover and get things running again for these upcoming tournaments.”

Vice President Michael McGuire says they had to cover up graphic pictures and lewd comments painted on the outside walls of the clubhouse.

“It's happening more and more and we're just doing our best to keep it covered up and try to keep the younger kids isolated from seeing things like that,” says McGuire.

The job was completed before the start of a tournament the Canadiens are hosting this weekend.