Auto sales on pace for record, driven by popularity of crossovers 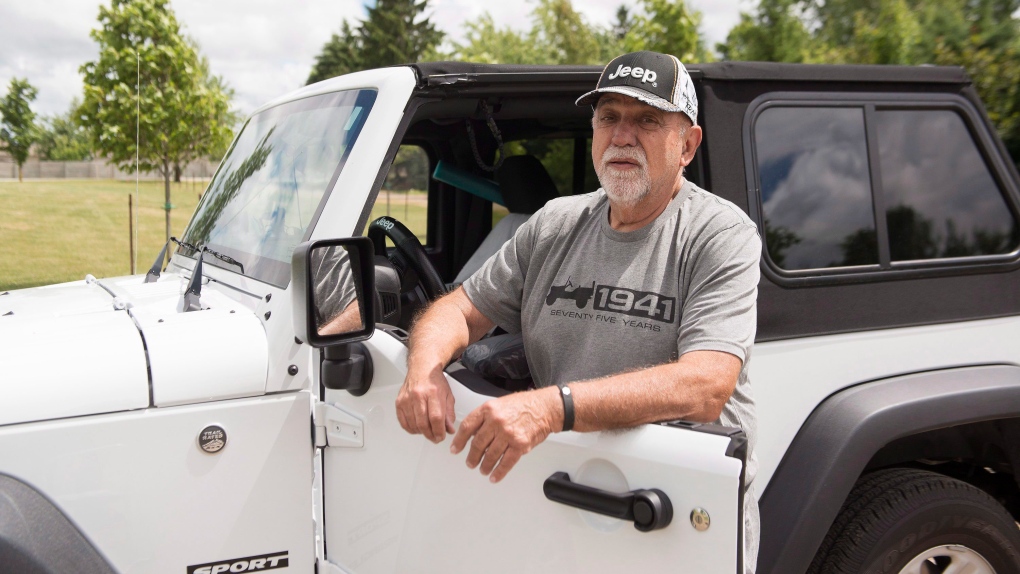 TORONTO -- At least once a week, 76-year-old Ken Dacko makes the 200-kilometre round trip from his home in Alma, Ont., to the factory in Brampton, Ont., where he works.

Earlier this year, Dacko purchased a 2016 Jeep Wrangler. He says driving a brand-new vehicle that's reliable and guaranteed to start gives him peace of mind.

"Four-wheel drive is important for the winter time because I leave for work around three-thirty, four o'clock in the morning, and sometimes the roads this far north are not plowed," he says.

Dacko is one of thousands of Canadians snapping up new vehicles in droves, despite concerns about the economy and mounting consumer debt.

DesRosiers Automotive Consultants is expected to release figures later Monday showing how auto sales have fared for the first six months of the year.

The market research firm said last month that May sales dipped slightly from a year ago, but on a year-to-date basis they were still up 5.6 per cent, putting Canada on track for another record-breaking year.

Experts say cheap credit and economic strength in Ontario, British Columbia and to some extent Quebec are helping drive sales.

"Interest rates are incredibly low, and as we all know, vehicles are one of the big purchases in people's lives," says Charlotte Yates, an automotive industry expert and vice-president academic at the University of Guelph.

In recent years, consumers have been gravitating away from passenger cars and towards light trucks, a category that includes pickups, SUVs, minivans and crossovers. So far this year, that trend has continued.

Their height also makes them convenient for people who may have mobility issues.

"They're much easier to get into and out of as opposed to a small sedan," says Scotiabank economist Carlos Gomes.

Yates says the relationship that Canadians have to the outdoors is another reason why sales of light trucks have been on fire.

"I do think there is a kind of iconic culture around the SUV, the crossover, the truck," says Yates.

"We live a paradoxical existence. More and more of us live in cities, but we still have the myth that we need the four-wheel drive because we're going to the country. ... It's about expressing a kind of lifestyle choice, and I think that it's been very, very powerful."