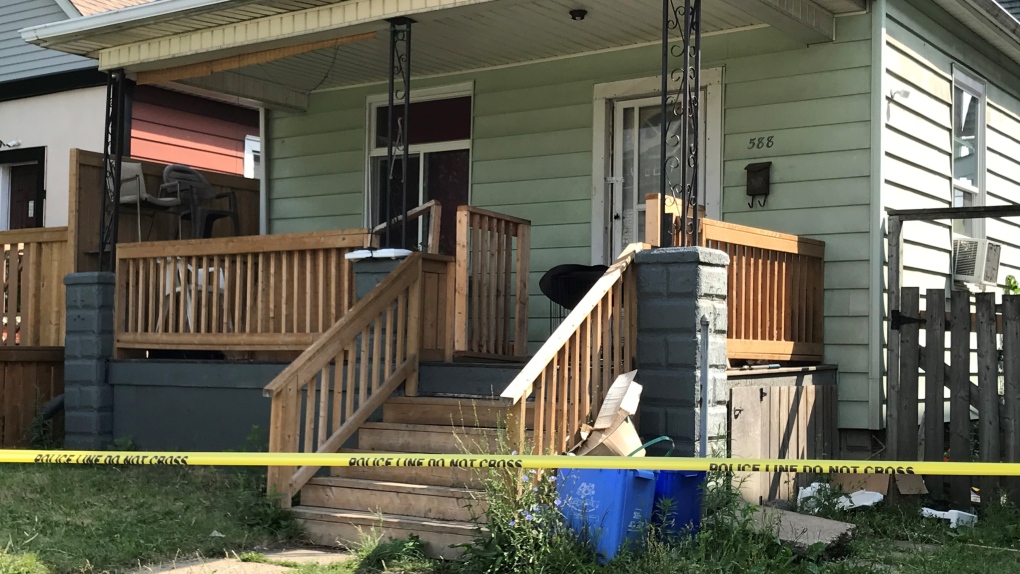 Police have sealed off the front and back of 588 Caron Avenue, after a man was found with serious injuries in a nearby parking lot. Sunday June 20, 2021 (Michelle Maluske/CTV Windsor)

WINDSOR, ONT -- Officials with the Windsor Police Service say two men are facing attempted murder charges after a 31 year-old-man was discovered at 10 a.m. Saturday in the parking lot behind 660 Wyandotte St. W.

Through investigation, it was determined that the victim was assaulted at a residence located in the 500 block of Caron Avenue.

Investigators say the man is in hospital with serious injuries to his face.

They say it was a “targeted incident” and there is no risk to the public.

Nearby, police have taped off 588 Caron Avenue and officers are parked to secure the scene in the front and backyard.

Police evidence tape is across the front door of the two-storey home, sealing it closed.

As a result of police investigation, Daniel Parker, 37, from Windsor, is charged with Attempted Murder.

Devon Parkes, 29, from Brantford, is charged with Attempt Murder and two counts of Fail to Comply with Probation Order.

The Major Crime Unit is actively investigating the incident and is seeking the public's assistance for any information that may assist.

Anyone in the area of the 600 block of Wyandotte Street West and the 500 block of Caron Avenue with surveillance cameras is asked to review their footage for any possible evidence.