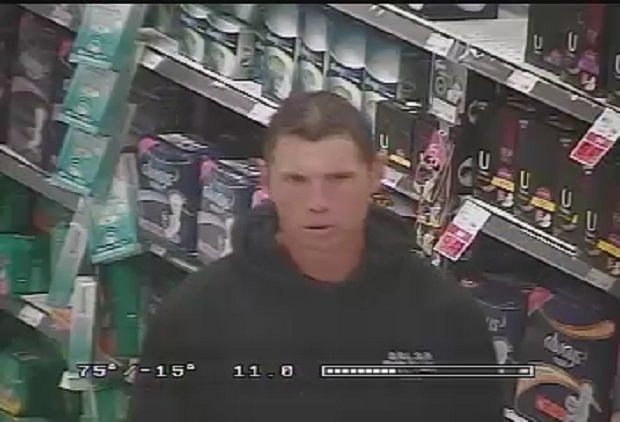 Windsor police are hoping to identify a suspect after an attempted theft at Zehrs on Tecumseh Road in Windsor. (Courtesy Windsor police)

Windsor police are releasing photos of a man who allegedly attempted to steal a cart full of groceries from a Zehrs store.

Officers were called to the Zehrs in the 7200 block of the Tecumseh Road East on Saturday at 10:15 a.m.

Investigators say the suspect left the grocery store with a cart full of groceries without making any attempt to pay.

He was approached by security after leaving the store in an attempt to arrest him for theft.

The suspect abandoned the cart of groceries and fled the scene, say police.