CHATHAM, ONT. -- A crowd of about 300 people gathered in downtown Chatham Monday afternoon for an anti-lockdown rally.

“More and more evidence is coming out to suggest that blanket lockdowns are not the way to go. Targeted measures? Sure! I mean, protect the elderly, protect the people who are most at risk, but quarantining healthy people has more harms than it does benefits and that’s basically what we are here to protest today,” he says. 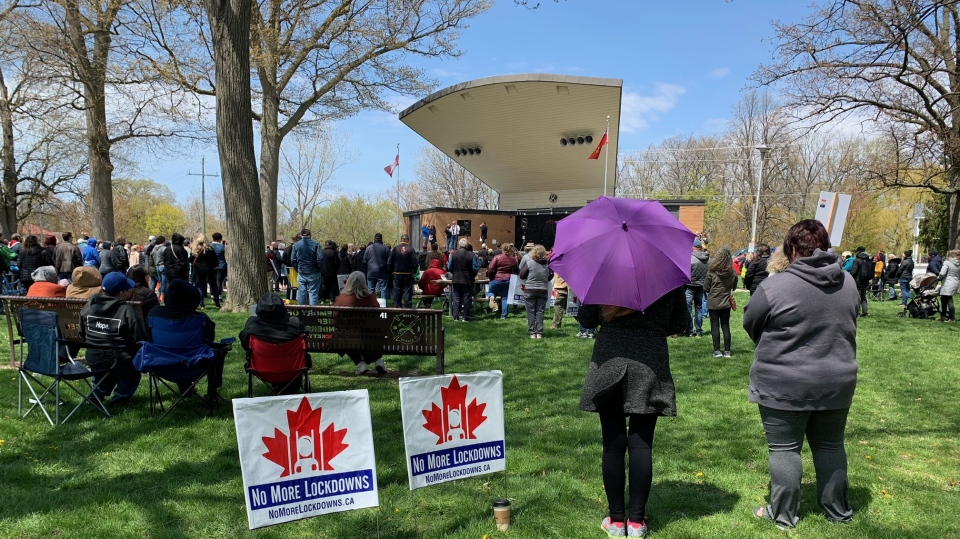 Hillier says they will continue to tour the province, holding similar events in the coming weeks.

Hillier and Maxime Bernier, leader of the People’s Party of Canada, spoke to hundreds Saturday at a ‘No More Lockdowns’ protest in Peterborough. They were reportedly among eight people ticketed by Peterborough police.

Bernier was not in attendance at the Chatham rally.

A similar event with more than 600 people in attendance was held in Stratford on Sunday.

When Chatham-Kent police were asked by CTV News how they’d handle the protest a spokesperson said to contact the municipality’s bylaw enforcement team.

Calls to the Chatham-Kent bylaw department by CTV News have gone unreturned. 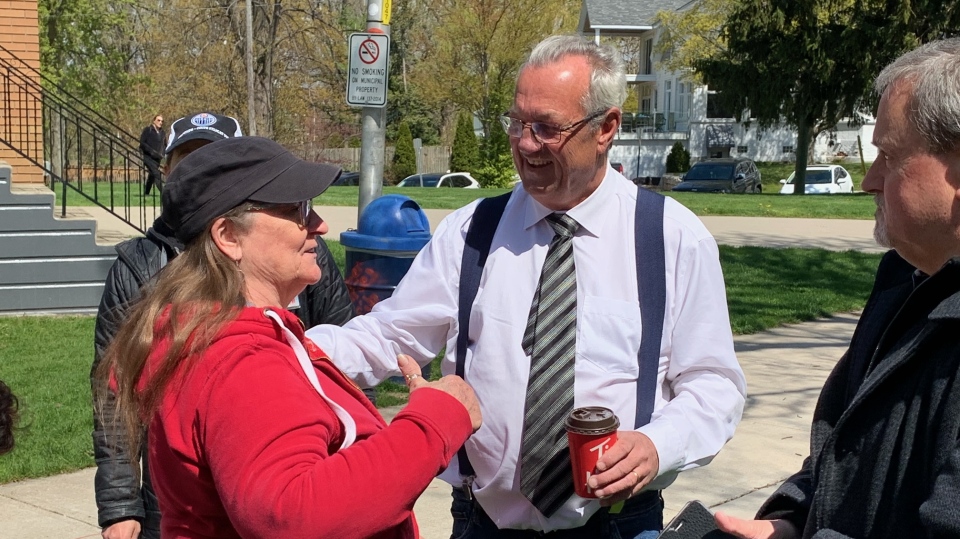