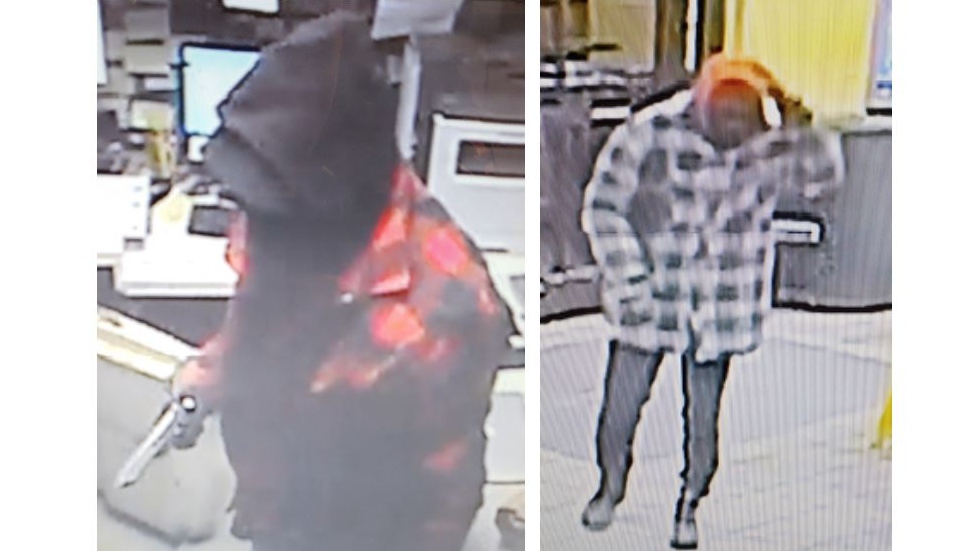 Windsor police are looking for two suspects considered “armed and dangerous” after a robbery at a business in the east end.

Officers responded to a report of a robbery that had just occurred at the Beer Store located in the 8100 block of Tecumseh Road East on Tuesday at 10 p.m.

Officers arrived within minutes and say that two suspects had entered the business wearing ski masks and one suspect was carrying a suspected firearm.

Police say the armed suspect demanded money and concealed it in a satchel-style bag.

The Forensic Identification Branch attended and processed the scene.

Detectives from the Major Crimes Branch are actively investigating the case.

Investigation revealed that two suspects were last seen fleeing the area on foot toward the rear of the business.

The first suspect is described as a white man, approximately 5’11” with an average build, with his face concealed with a black ski mask. He was wearing a red and grey plaid shirt with black hooded sweater underneath the plaid shirt grey jeans and carrying a silver "pistol style" suspected firearm.

The second suspect is described as a white man, about 5’11”. He was wearing a black and white plaid shirt with orange hooded sweater underneath and dark blue jeans.

Police say the suspects are to be considered armed and dangerous. Do not approach.