Anti-mask protest in Windsor argues freedom is at stake

WINDSOR, ONT -- Those attending an anti-mask protest in Windsor see the COVID-19 pandemic not as a threat to public health but, as a threat to broader societal freedom.

On Saturday, a few dozen people attended the rally organizers described as a ‘celebration of life’ to push back against public health measures that restrict social gatherings meant to prevent the spread of the novel coronavirus. 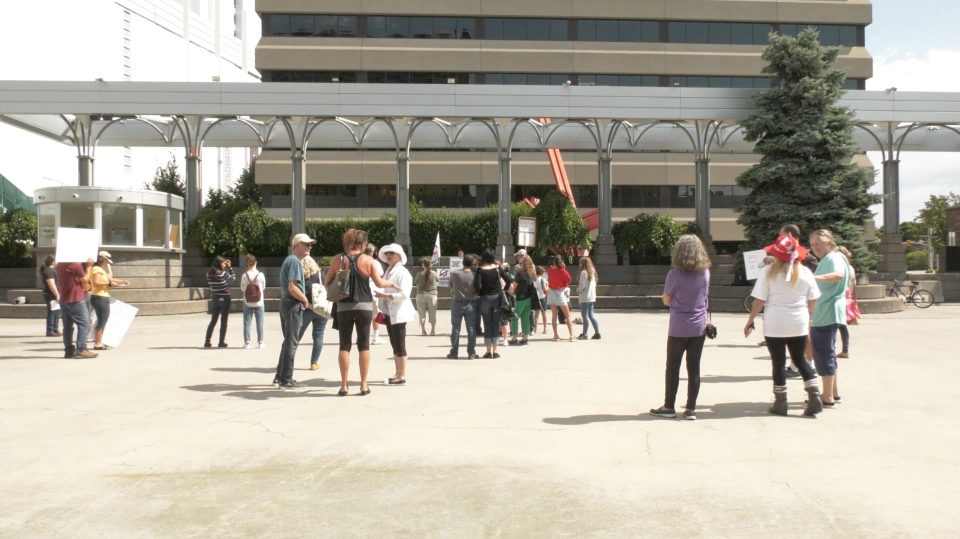 "This is about standing up before we lose the last shreds of freedoms that we as Canadian people have," said Catherine Carter, an organizer of the rally.

Carter, and many of the speakers, contested the severity of the pandemic even as the World Health Organization reports case counts over 26-million and deaths nearing 900,000 worldwide.

During his daily briefing on Friday, Dr. Wajid Ahmed, the medical officer of health for the region, noted some residents may still be in denial as to the severity of the viral risk. 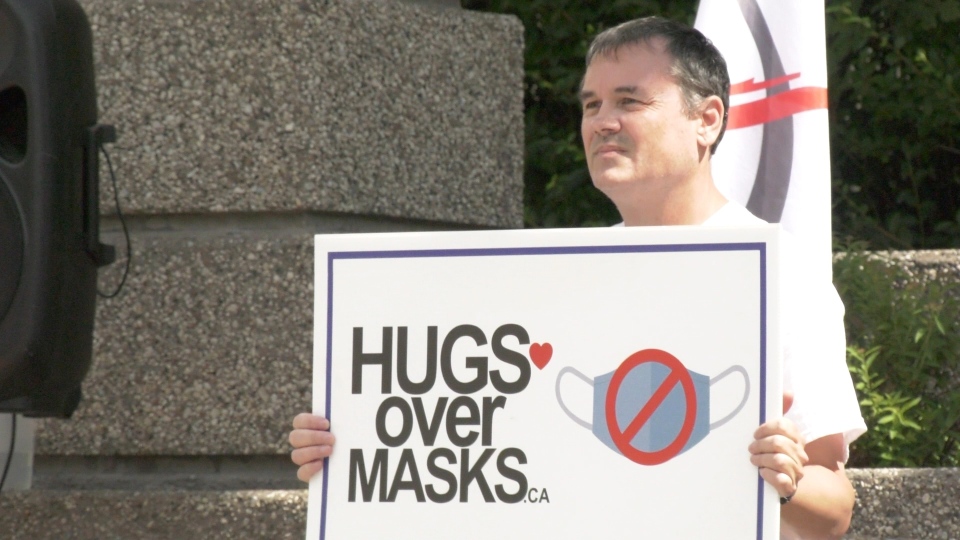 "I want to encourage everyone not to get tested," Currie Soulliere told the crowd, the organizer of a recent no-mask shopping trip to Devonshire Mall.

Those at the rally compared mandatory mask by-laws, enacted across much of the country, as tools for government control and part of a wider conspiracy.

"The problem is we’re being censored," said Carter. "You are not getting both sides of the story to make the correct decision for you."

While the Windsor-Essex County Health Unit did not recommend mask-wearing during the onset of the pandemic, Ahmed notes new evidence changed the public health recommendation as studies showed those jurisdictions that supported public mask-wearing saw lower COVID-19 mortality per capita.

According to Ahmed, current public health measures are working to limit the spread and the mortality of the virus.

"Everything you’re seeing — the 9 per cent hospitalization rate, the 3 per cent case fatality rate in our region — it is because of everything we have done," said Ahmed.

The afternoon rally was peaceful as officers with the Windsor Police Service watched on.