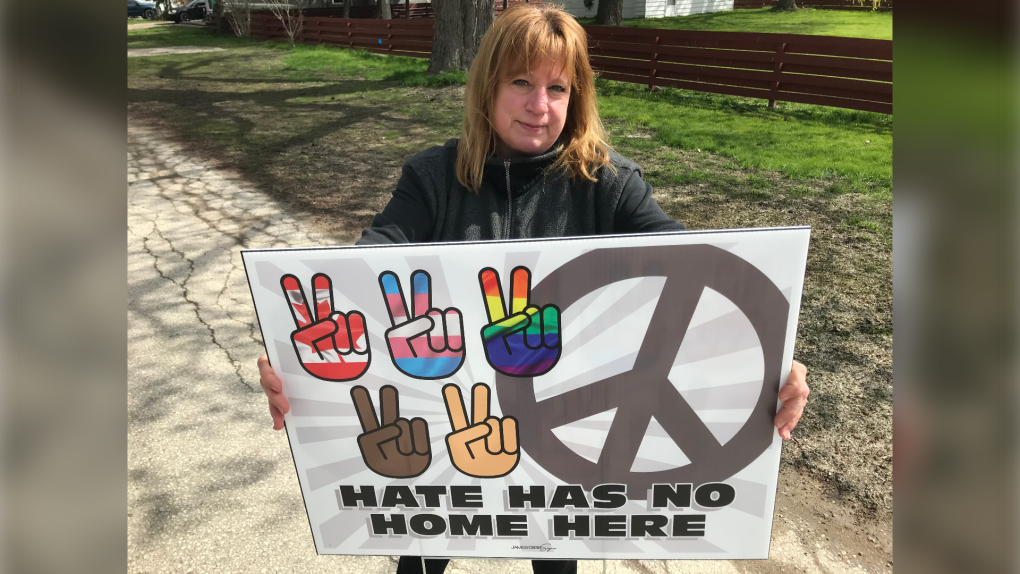 Laura Hasulo holds up one of the lawn signs for her “hate has no home here” movement in Essex County, Ont. on Sunday, April 25, 2021. (Michelle Maluske/CTV Windsor)

WINDSOR, ONT. -- Less than one week after an Essex County resident launched a new campaign, the lawn signs are now being sent to Michigan.

“This has skyrocketed,” says Laura Hasulo organizer of the “Hate has no home here” campaign.

“We have requests from all across Ontario. We have signs sent to Michigan, so now its official international,” she says.

Hasulo says it started after incidents of anti-Asian racism were being reported in the region, and around the world.

“We wanted to make a really inclusive sign,” she says. “Include everybody because everybody is welcome in Essex.”

The campaign details can be found on their Facebook group “hate has no home here movement.”