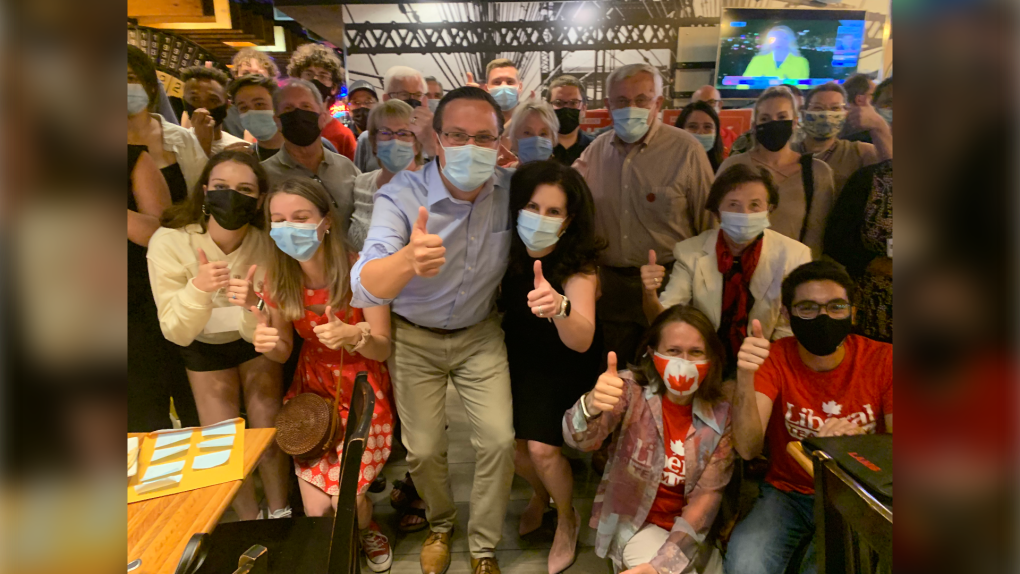 It was another nail-biter for Windsor-Tecumseh with the Liberals and New Democratic Party neck and neck once again.

The riding was too close to call Monday night in the 2021 federal election, a similar outcome to the previous race in 2019, the seat eventually taken by Liberal candidate Irek Kusmierczyk.

As of Tuesday morning the riding remained too close to call as well. As of 6 a.m. with 243/244 polls reporting, Kusmierczyk had a slight lead with 31.6 per cent of vote whole NDP candidate Cheryl Hardcastle has 30.7 per cent.

The riding was pegged by experts as one to watch on election night with the area having changed hands twice in recent years.

The race between Kusmierczyk and NDP candidate Cheryl Hardcastle was tight with both candidates stuck in a tie at one point in the night.

For the first time since the first poll of the night, Liberal Irek Kusmierczyk just edged past NDP Cheryl Hardcastle in Windsor-Tecumseh. 9 polls still to report… Plus mail-in ballots. It’s NOT OVER until the last vote is counted! @CTVWindsor pic.twitter.com/HzGYsJBawy

Hardcastle is vying to reclaim the seat she previously held in 2015 before Kusmierczyk took the riding in 2019 with just 629 separating the two.

Candidates will not be speaking until Tuesday once the election has been called.

Gap is closing between Irek Kusmierczyk and Cheryl Hardcastle in Windsor-Tecumseh. Hardcastle is up by about 700 votes with 145/244 polls reporting. Irek just arrived and had this to say to his supporters… @CTVWindsor pic.twitter.com/GyzmK2LzIA