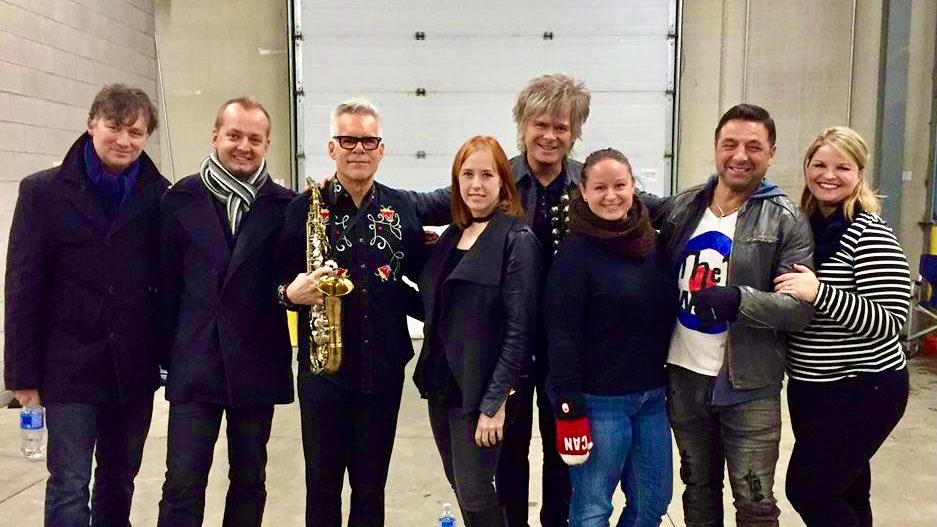 The group of veteran musicians typically perform at Caesar’s Windsor for the event, but it will be broadcast virtually this year from inside St. Clair College, where the festive tradition began.

“The group was 100 per cent behind the idea,” said drummer Jeff Burrows. “The concern was whether we could get together and film it. So, everybody maintained their distance…and we went back to St. Clair, where the show began 10 years ago.”

Burrows says the holiday concert has raised more than $270,000 over the last decade for area food banks. With the need for assistance in the community greater than ever, The S’Aints decided to go virtual, since an in-person concert was out of the question this year.

“It would have been a tragedy for us to cancel this year,” Burrows said.

The S’Aints 2020 Sleighing Hunger concert will be broadcast virtually on December 18, at 7 p.m. Tickets are available online and prices start at $25 for General Admission, to $50 for a family bundle. Other tickets can be purchased in a package which includes a Christmas album and the 10th anniversary live album.

The concert is sponsored by St. Clair College, in partnership with LiUNA Local 625.

Comment if you have your tickets - please share the post (Both are EASY!)
Going virtual   on @SessionsLive - December 18th at 7:00PM ET.
TICKETS: https://t.co/qcCuBoFKaq
#livestream #foodbanks pic.twitter.com/z1xlFZpgbM