Annual boat party on Lake St. Clair in Michigan going ahead as planned 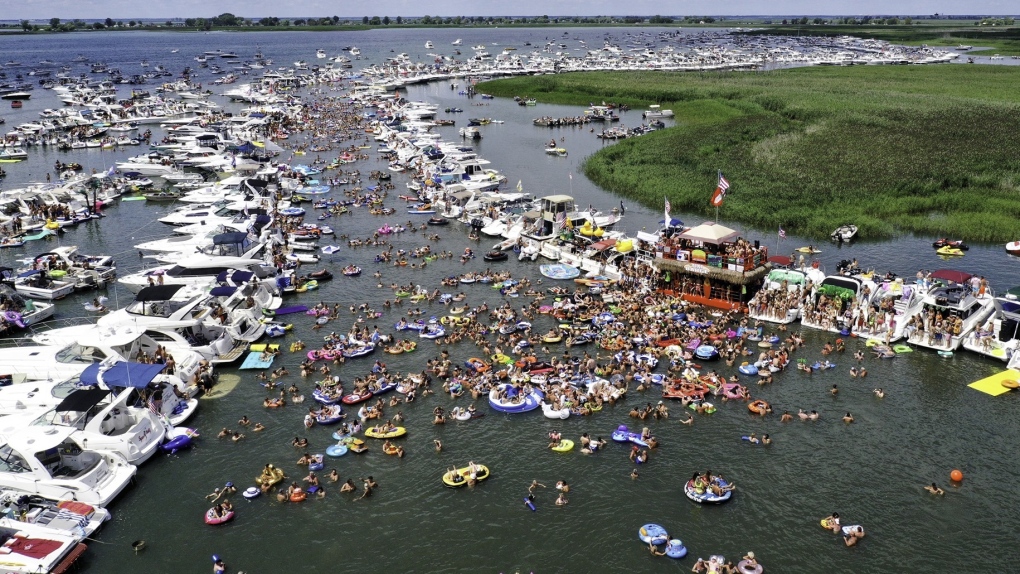 WINDSOR, ONT. -- While many events continue to be postponed or cancelled in the region an annual party for boaters stateside on Lake St Clair is scheduled for this weekend.

According to the Muscamoot Bay Facebook page, “Raft Off 2020” is a go for Saturday.

The annual event is held on the north shore of the lake, not far from Walpole Island.

The St. Clair County Sheriff’s Department is expecting help from other police agencies including the U.S. Coast Guard.

Sgt. Martin Stoyan from the Marine Division of Sheriff’s Department expects it to be similar to another annual event for boaters, the Jobbie Nooner which was held on June 26th in the general area.

The officer doesn’t expect to see much social distancing and it’s unlikely it will be enforced.

“It is an unsanctioned event where law enforcement would be unable to enforce due to manpower issues,” said Sgt. Stoyan.

He adds authorities will also keep an eye out for any Canadian boaters who slip across the border, as restrictions remain in place.

According to the Facebook page Raft Off is billed as the world’s longest, where boats line up side by side and tie-off together in shallow water where people can walk or float around.

Sgt. Stoyan expects concerns over COVID-19 and the high lake level as a deterrent for people coming this year.